Many wearables, for reasons ranging from energy consumption to data plan costs, are not directly connected to the internet and must be tethered to a smartphone. For example, a Pebble smartwatch is not very smart until it is connected to your phone. Also since a phone is always connected to a data connection or a Wifi, you can receive instant notifications on it. Wearable due to their limited battery time and small screens seldom offer such functionality.

The smartphone is a a high-performance mobile device. Some wearables give very little to no output. For example, the Fitbit only shows LED dots to display workout status. Smartphones can interpret data into charts and analyze them to draw conclusions, now wearables are not built for such tasks they are more suited for wearability and as a fashion accessory. 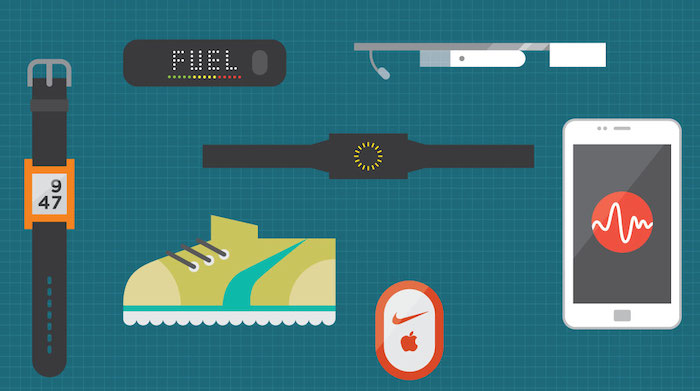 Voice and display capabilities of a smartphone are unmatched. Talking and squinting on the small display of a wearable seems unnatural as opposed to a smartphone. A smartphone screen is small enough to be portable but large enough to show complex information, such as your banking information or fitness patterns.