A new Galaxy smartphone and Galaxy Gear are not the only two things that we should be expecting from Samsung on Mobile World Congress in Barcelona, but the company has a lot more in stored for us this month. The company is surprisingly coming up with a lot of devices this year, among which two Galaxy Tab 4 tablets were spotted by Samsung at the FCC from their Galaxy Tab 4 series.

The resolution on the 10.1 inch tablet and the 8-inch tablet will be the same which is 1200 x 800 and will be equipped with a Qualcomm Snapdragon 400 quad-core processor clocked at 1.2GHz, 16 of storage space and Android Kitkat running out of the box. There have been some recent rumors regarding the Galaxy Tab 8.0 and is said to have 1.5 GB of RAM, 3MP shooter at the back while a 1.3MP camera at the front, 16GB of storage space and a 6800mAh battery. 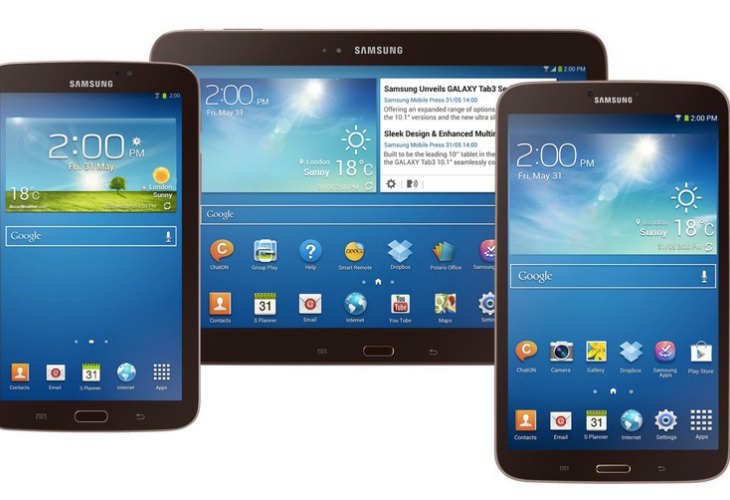 There will also be another tablet included in the Galaxy Tab 4 series known as the Galaxy Tab 7.0, but there is no actually news on the specs included on it, as it is hard to get information out of FCC, but Samsung is going to clear everything up on Mobile World Congress and tell us about their plans, which will also help in minimizing the pressure on all the other companies competing against Samsung.

Samsung have faced a downward motion in their stocks recently and maybe that is why the company is acting so aggressively and is coming up with affordable tablets so that they can capture the mid-ranged markets, as there are customers who are willing to buy a cheap yet good product and with these three new tablets Samsung might be helping them to get what they desire as well as boosting their sales up.