So finally some of the rumors and specs have been confirmed by SamMobile that we heard about Samsung. There were two which included confirmed specifications about the new tablet that Samsung is going to release and a new affordable smartphone as well.

Samsung is going to come up with a new tablet called the Samsung Galaxy Note Pro 12.2 and as always 12.2 is the screen size on this tablet which will support a resolution of 2560 x 1600 also known as 2K displays. It’s got some pretty neat hardware specs as well being equipped by the latest QUALCOMM Snapdragon 800 processor clocked at 2.26 GHz, 3 GB of RAM and a front and a back camera, the back camera is 8MP while the front camera is 1.2MP. The tablet will have a different kind of UI according to SamMobile. We are not sure what they mean by that or Samsung might be trying to come up with a new UI for their next gen smartphones and tablets, even though there was no news about what android version the tablet will be running but judging from the pictures it looks like its android Kitkat 4.4.

Some screenshots of benchmarks were also seen on the internet showing the new Galaxy Tab Pro 12.2 scoring the highest score and we might see two separate versions of the new tab a Wi-Fi and a LTE version. 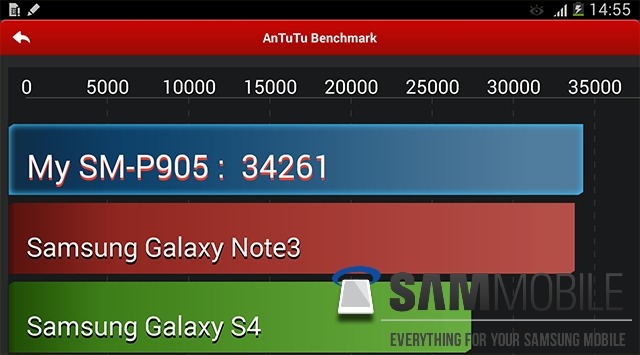 Other than that specifications of a smartphone called Samsung Grand Neo has also being confirmed by SamMobile which matches the specs on the Galaxy Grand lite so we are assuming that it’s Galaxy Grand Lite just with a different name. The specs on the smartphone were a quad-core processor clocked at 1.2 GHz and a 5-inch screen supporting a resolution of 480×800. Samsung Grand Neo will be running android 4.3 out of the box.

For now that is all we know until Samsung unveils their new smartphones and tablets this year 2014 at MWC in February. It looks like a very busy year for Samsung as its going to come up with many things hopefully the new Samsung Galaxy smartphone the Galaxy S5 that everyone is waiting for.