According to the sources, Samsung Galaxy Mega 6.3 is the most gigantic phone in the market at this time. The image of the Samsung Galaxy Mega 6.3 Duos shows the bar pattern at the back and the design of the upcoming device. The design is identical to that of the international version as said earlier but there is a chance that we might see slight bumped specs in it. On the contrary, it is also a possibility that the device might be a degraded version of the single sim Galaxy Mega 6.3 DUOS. 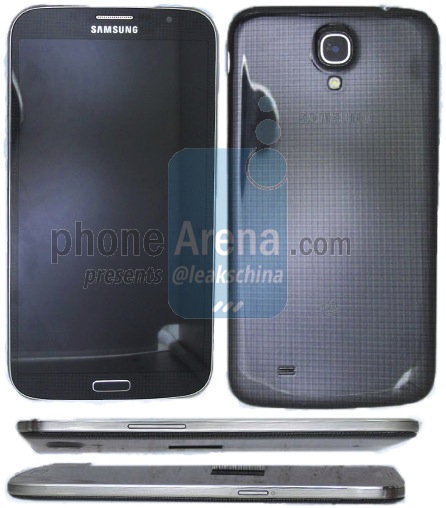 Although the image didn’t accompany anything from the specs department but there are few things that we can share with you regarding the specs of the Galaxy Mega 6.3 DUOS. The device is said to have a SCH-P729 as its model number. It matches the Galaxy Mega 6.3 inch-LCD display with a resolution of 720 pixels and a 1.7 GHz dual-core Exynos processor. Few resources also indicate a screen size of 5.8 with 960 x 540 TFT display.  Other than this, it will also have 1 GB of RAM and 8 megapixel rear camera capable of shooting 1080p video @30fps. There is a 2 megapixel front camera as usual for video calling and a microSD card slot. Galaxy Mega 6.3 DUOS will be powered by a 2600 mAh battery. The phone will run on Android 4.2.2 Jelly Bean alongside the new Samsung Nature UX interface.

Samsung Galaxy Mega 6.3 Duos will have a cleared Bluetooth certification. At this time, there is no word on the launch and the announcement as well as the price of this device. But we will keep you updated about the device as soon as we hear something new about it. Till then, leave us comments down below and share your views with us.