Samsung has been making headlines with its Galaxy line of smartphones, tablets, smart televisions and smartwatches. The Korean consumer electronics giant is set to dive into an entirely different market of virtual reality headsets.

According to multiple sources close to Samsung, it is believed that a virtual reality headset is not only being developed by Samsung mobile division, but it is set to be announced this year. Samsung is taking drastic measures to beat Facebook’s Oculus Rift and Sony’s Project Morpheus to market. Some developers already have early versions of the headset, yet powered by flagship Galaxy devices like the Galaxy S5 or Note 3. The consumer model will be powered by next-gen Galaxy phones and tablets. 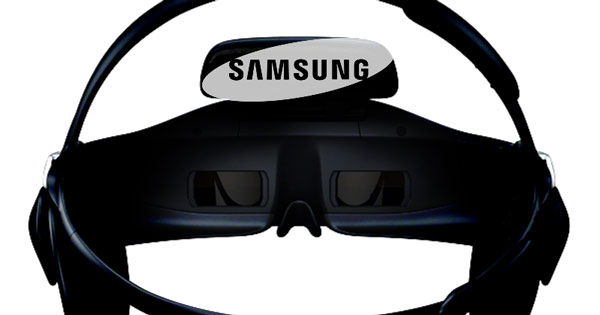 Now coming to the specs, according to the source it has an OLED screen, on par with the screen on the Oculus Rift (second kit dev edition). Currently it is not clear how the headset connects to your phone or tablet. However our bet is on a wired connection as a wireless connection will just lag and introduce ghosting that makes people sick. It is also not clear how, or if, Samsung’s VR headset tracks head movement depth-wise. In the case of both Project Morpheus and Oculus Rift, separate cameras face the player and track depth by reading sensors on the respective headsets.

Since Samsung is taking on competition, therefore, the price of the headset will be competitive and reasonable. But it is still not a mainstream technology so do not expect a very low price. This is a device meant for use with games. Since the virtual reality platform is quite new hence there are not a lot of games to choose from. Samsung’s official response on this matter is, “Samsung doesn’t comment on rumor and speculation.” But we will be there when Samsung takes the veil off this.