Revogi has released a bunch of new lighting products and the Revogi LTB210 LED light strip is one of them. I tested a smart bulb from the manufacturer but that was a huge disappointment.

Does the Revogi light strip have a better performance? We’re going to find out in the review.

The light strip has a very good build quality and it’s also IP65 water-resistant rated. However, the Revogi is a much better value since it is 9.8 ft long while the Xiaomi strip is just 6.56 ft long. It is long enough for my setup with 2 desks next to each other.

The LTB210 uses the same Delite app to control the lighting, so this will help you adjust this specific light or a group of lights easily. All other functionalities are exactly the same, you will be able to change light color, color temperature, brightness, set schedule, set lighting effects to sync with your music, change color automatically, etc. 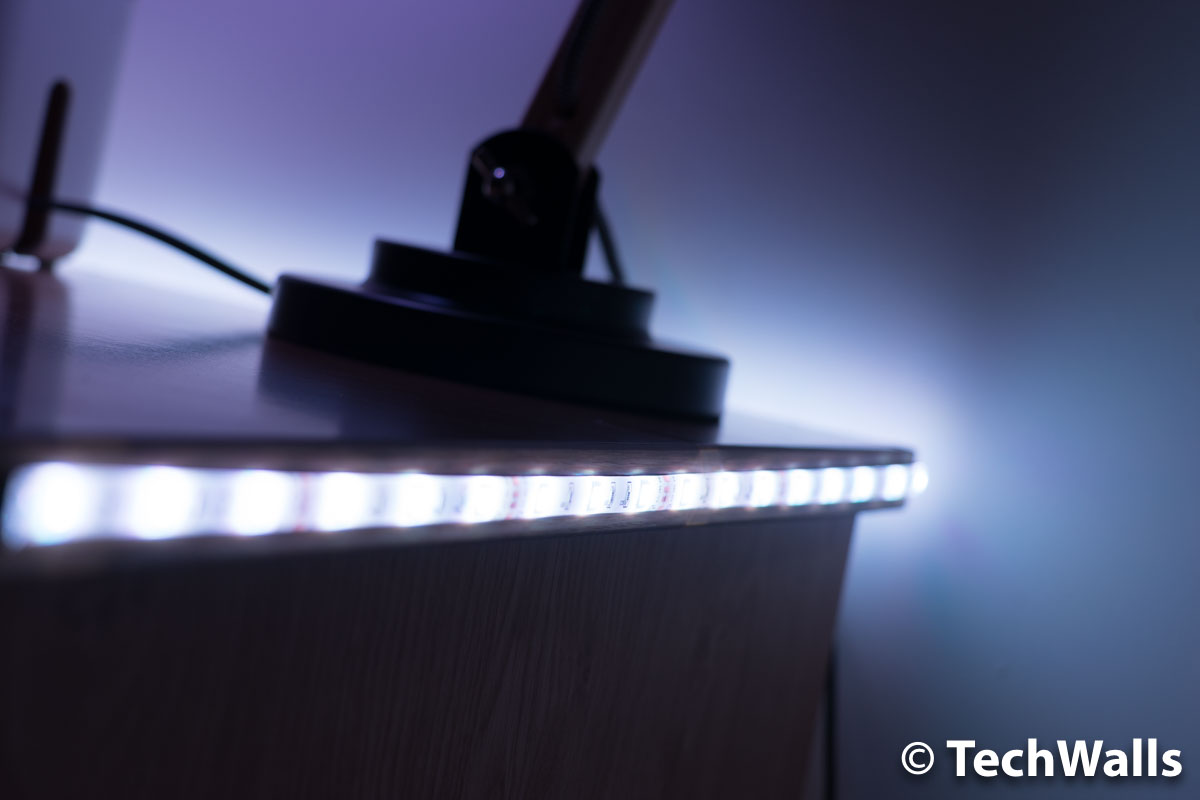 The strip works smoothly and I can control everything from my smartphone. That would be perfect if they add a control button on the cord, something similar to the Xiaomi Light Strip, so that I can power on/off or change color pallette without touching my phone.

Overall, the Revogi LTB210 is a great budget LED light strip. I highly recommend the product if you’re looking for a long smart strip without breaking the wallet.