As of October 2013, just three years after the launch of the site, Pinterest had over 70 million users, including 500,000 business accounts. And these numbers are growing daily.

In April the company announced that the number of total pins on the platform has grew more than 30 billion pins. And half of these pins came in the last six months thanks to ‘related’ pins. The company is thinking of ways to make profit off of this huge user base.

About a month ago the company launched a new program of promoted pins for a small test group of 13 companies which included big name companies like Nestle, Walt Disney Parks and ABC Family etc. These promoted pins were billed by CPM (Cost Per Mille: Cost for a thousand views) model in order to convince brands that an engaging audience is present. And they will only be charged when this audience interacts with their pins. 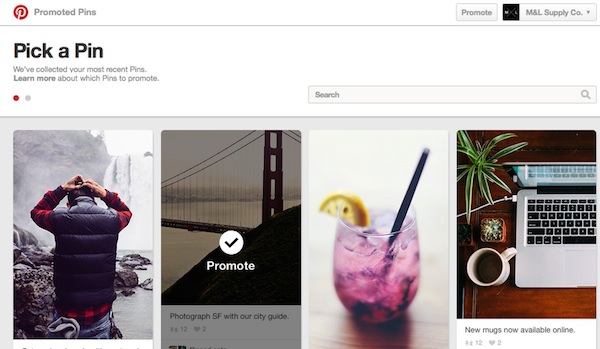 This program proved to be a success that is why the company today is tapping more businesses that fall into the small and medium categories. For them the company is introducing a self-served product that will also follow the CPM model. The company is also working on increasing the number of users who click on these pins. For this it is designing a new algorithm that will show the optimal number of promoted pins personalised for each user’s board. Also in talks with Don Faul, the head of Operations at Pinterest, we came to know that each promoted pin is being reviewed by the company to ensure that it is of high quality.

Currently the self-served program is only available to a handful of small businesses as it is in beta. But it will open for all pretty soon. Pinterest has just been valued at $5 billion. This is a big amount and to justify this value the company is trying desperately to open up new revenue streams from its engaging user base. We will see if the company succeeds in making big bucks from these ambitious programs.