Pinterest is on a streak. Pinterest CEO Ben Silbermann made an announcement at the company headquarters in San Francisco last night. He said that users had shared more than 30 billion Pins since the launch of Pinterest. A vast majority of this number has come in the past six months, amounting close to 50% of the total Pins. It is a striking achievement. During this time period users have also created more than 750 million Boards.

Most of this growth has come from the fact that Pinterest had introduced related Pins about a year ago. The number of people who post related Pins has grown about 20 percent in the past six months. Nowadays almost all Pins created are related Pins with other Pins attached to them. 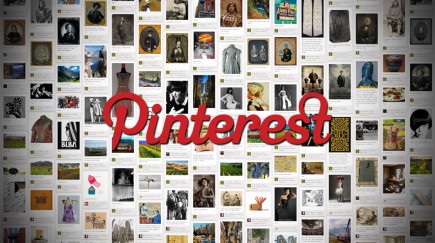 Silberman also insisted that Pins on Pinterest are more like art instead of photos and videos. On a board everything is collected and organized like art in museums, photos in an album and clothes neatly organized at a retail outlet. He also said that boards should not be simple viewed as images, instead they are objects. If you see a location on a board, you are likely to see information about its history and interesting places around it.

Pinterest has previously stated that 75% of their traffic is coming from the company’s native mobile apps and it has seen an increase of 50% over the last year. Pinterest now has about 40 million users in the US alone excluding the mobile users. With the growing traffic, Pinterest needed a way to handle them better. So the company has been giving attention. Recently, it has added custom categories for pins and guided search capabilities for its mobile apps.