Instagram’s feat of 100 million monthly users has sparked tighter competition in the photo editing and sharing app market, as shown by the huge number of similar apps that sprouted in the last couple of months. But a lot of Instagram challengers that started with a bang ended with a whimper. They fizzled out eventually.

So far, none seemed to have come close to surpassing the Facebook-acquired app. But not anymore today, or so most people think, after Photoplay came out bustling with more features and extended availability than Instagram. A lot of initial impressions place Photoplay in direct competition with Instagram, some just scoffed at the comparison. There’s no better way to find out than to take a look into both of them.

But unlike Instagram, Photoplay is said to break the limits with three different image formats: square, horizontal and vertical, in contrast to the limited, inflexible shape of photos allowed by Instagram. The app comes with customized effects, including vignetting. Users can access the service by logging in to Facebook or Twitter accounts, in addition to signing up for the app. 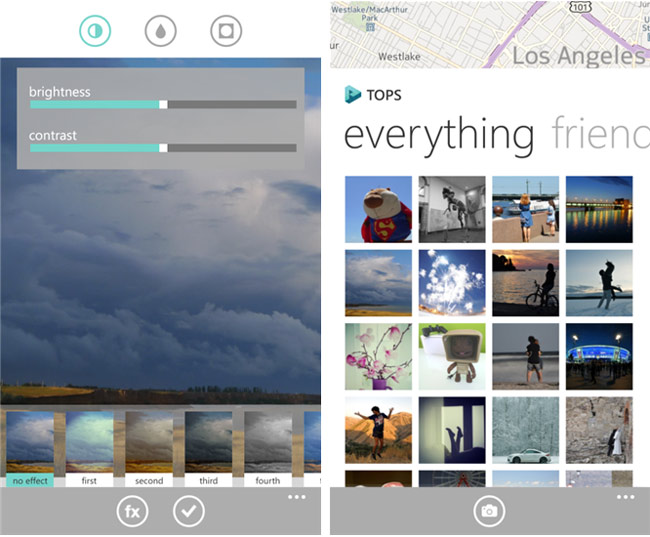 This is probably where Photoplay beats Instagram in a major way. The app is available in all major operating systems such as Android, iOS and Windows Phone (except Blackberry), whereas the latter is accessible only via Android and iOS as of now. Unofficial reports claim that Instagram will become available to Windows Phone devices in the form of Instagraph, a separate app in the works of developers who won’t use the official Instagram API but instead the open source Aviary photo filters.

How Does It Work?

Once you’ve downloaded the app, start editing your photos from the gallery or directly from the phone camera using any of the eight free filters, tilt shift, and brightness and clarity adjustments. Against these features, Instagram shows off 18 filters, quite outnumbering Photoplay in this respect. If you’re already an Instagram user, you’ll find it easy to operate Photoplay as well. With Photoplay, you can discover pictures on the map feature with three different location-based tops, as well as on the extended search that makes it seamless to look for contents.

By default, Photoplay is a world in its own. But users have the option to allow the app to access their contact list to find friends to follow, as well as a Facebook or Twitter integration. Users can also adjust the visibility for each photo uploaded. This feature eliminates the worry over who’s viewing which of your photo. If it’s something worth sharing with all the world, make it public. Limit an image to your circle, on the other hand, if it’s something too personal.

At present, sharing via Photoplay is limited only to fewer social networking sites, while Instagram already supports more sharing options, including Tumblr, Flickr, and Foursquare. Photoplay users have the option to report an inappropriate photo, if any, as an added feature.

In almost all aspects, Photoplay looks all set to contend with Instagram, the onus is on how it can capture the heart of the millions of users already hooked to Instagram. As an uncalled-for advice, it needs to do more and show it has far more cool features in store to offer users with better experience than they have with Instagram.