Facebook has just roll out its first standalone mobile product for iPhone, dubbed Paper, on Feb. 3 in the United States. And the move is no less than coincidental to the app’s release date inasmuch as it is pinned on the eve of Facebook’s 10th year in business.

Already, Paper is gaining critical acclaim from tech pundits. Unlike the universally panned Facebook Home, the news reader-style app promises a smooth operability and a fluid interface. One is tempted to think that no matter how the social networking site tries to water down rumors that Paper has been built to replace Home, it is hard not to see it that way. For what purpose will the struggling Facebook Home serve when all its users have finally switched to Paper? To begin with, why should users prefer Paper to Home, or why Paper is way better than Home? 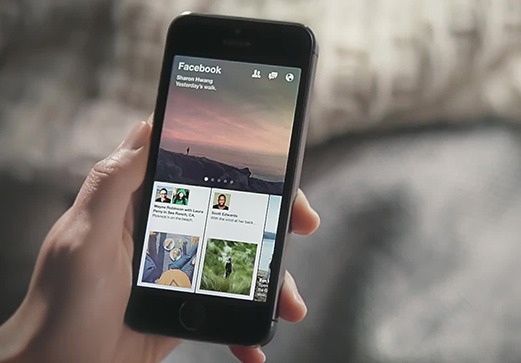 At its core, Paper is a combination of Facebook News Feed and a Flipboard-style newsreader, except that it rids itself of a crowd of buttons. After all, our eyes can hardly stand a cluttered screen. And instead of the unnecessary UIs, users can navigate through sections by waving specific gestures that are easy to learn. Those sections can be customized with an array of categories like LOL for laugh trips and Score for sports updates to turn your Facebook experience into a personal feel.

There are the negative comments, of course. Other skeptical reviewers slammed the new app for its obvious resemblance to Flipboard, also a social network ala newsreader which, most probably, has been there even before Zuckerberg & Company could have imagined the concept for Paper. That is particularly so because of the way Facebook’s newly-minted app displays contents on screen and its horizontal direction. But that is in stark contrast to the discordant vertical feeds we see on Twitter and even Facebook itself. Which somehow vindicates Paper, nonetheless, for users who like to thumb through their feeds in a relaxed, leisurely manner if they wish to savor the information in its most essential form.

Unlike Facebook Home, Paper is not just another app to access the social network, though everything a user posts also appears on Facebook home page. Given the rave reviews that Paper is getting at its nascent stage, there is no doubt that it will soon replace the whole of Facebook itself, though the management remains silent about that possibility.