Not a long while ago Oppo a Chinese company released one of its popular smartphone known as the N1 in the markets or Europe and US. The company introduced two versions of the same smartphone with different operating systems. The normal version is out into the market but the special edition with Cyanogenmod installed on it was dated to release in December.

Oppo just announced that they will be releasing the Cyanogenmod version of N1 on December 24. Oppo is very proud because their Cyanogenmod edition Oppo N1 is among the first to get clearance from Google CTS (compatibility test suite) because now it can directly download apps from the play store without any restrictions. 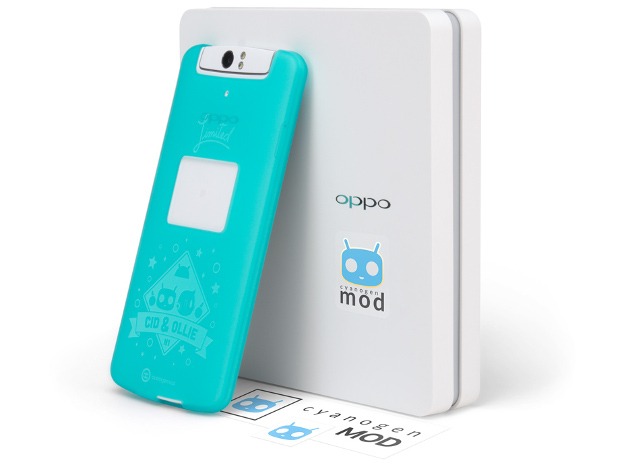 The new version of the Oppo N1 would be a little different from the normal version. It will include a special Cyanogenmod packaging with stickers and a specially designed case from Cyanogemod. Cyanogenmod running on N1’s color OS is totally compatible with all the features that the smartphone has to offer like the rotating camera and the rear touch panel called O-Touch.

The smartphone will be featuring the same specs as the Oppo N1. It includes a 1080p HD display measuring at 5.9 –inch, a snapdragon 600 processor clocked at 1.7 GHz having 4-cores and 2 GB of RAM. The smartphone is the same as the regular Oppo N1 and the only difference you will notice is the OS. Those of you who already have the Oppo N1 edition and want to try the new custom ROM by Cyanogenmod well they can go on their website and do it manually, it just takes a little understanding and knowhow of how to do it but if you have already done it with other smartphones in the past then you won’t have any problem doing it manually on your smartphone.