The DSLR has been making raves for quite some time now. And now it is time we move ahead with the technology. And this is where the latest in camera device from the Olympus- the OM-DE-M5 comes in. This new camera device has been accepted with open arms by the professional photographers. For them, the biggest benefit of using the mirror-less Inter-changeable Lens Camera (ILC) is that it cuts down the cost and also the size (4’8” wide and 1’7” thick- without the lens) makes it easy to work with. The Micro Four Thirds camera has many features that make it more reachable than the former Olympus PEN cameras. These have been designed in such a way that they form a very comfortable grip- a slight bump on the backside of the camera which supports the thumb and makes it stay in place without slipping.

The other main features of this camera are as follows:

As discussed above briefly, the design of Olympus OM-D E-M5 camera is quite unique in its own way. One of the best features of the E-M5 is that it is “splash proof” meaning that one can use it in the rain or anywhere that will have a lot of water splashing all around without worrying that the water with enter the camera and spoil it. This feature will be a sigh of relief for those who deal with this kind of situation on regular basis.

Being mirror-less as these cameras are, they also don’t have the optical viewfinder. E-M5 has a 1.44 million dotted and a 1.44 megapixel electronic viewfinder. There is a lot of information displayed on the viewfinder itself. This means that while you are shooting through the camera, you will not get a very clear view of what you want to click. Another flaw that this camera shows is that the picture gets blurred if your hand movies while shooting. It has a 3” LCD which is of better quality if compared to the viewfinder. The LCD has a total of 610,000 dots that makes it less dotted that the former 921,000 dotted cameras, but the experts have not found any drastic change between the final qualities of these two. 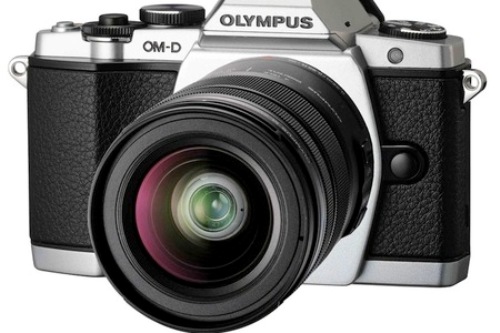 As was expected from this latest model, the controls and the user interface of the E-M5 did not meet its expectations. Instead of getting easy, it got all the more complicated. One has to spend quite some time fiddling with the menu buttons before they get the configuration they desire. The good thing is that playing with those buttons is not that big of a deal. The main menu has been categorized into 5 different buttons for the following uses:

With the usage of a high quality lens, the Olympus OM-D E-M5 can be called as a “high-end” camera device for sure. Even in the low lighting or in dark, the picture quality is quite remarkably sharp not only at the center but also towards the edges, unlike many cameras where the sharpness gets to decline as we move from the center to the sides. The only flaw as far as its performance is concerned is that it takes a little time to focus where the contrast is a little low. The E-M5 is also very efficient when it comes to speeding up between the consecutive shots.

The Olympus OM-D E-M5’s battery life is said to be way better than expected. It can shoot 620 still photographs and around 20 minutes of motion video once the battery has been charged full and if it is used efficiently. The only problem that this is showing is that for a good 85-90 percent span, the battery symbol shows all the three cubes of battery. And it is at approximately at 95% that the cube declines to 1. This might sometimes be a cause of concern for the user.

The Olympus OM-D E-M5 has almost all the features that are required by a camera to be counted as a dependable device, ranging from design, quality, performance to even its price. These qualities have made it quite easy and affordable to jump into the bandwagon of the Micro Four Third cameras.