Gone are the days when you used to dream of having your video seen by many in real time like a celebrity’s. Now you can do so with Facebook after the social networking titan rolled out a new feature for live streaming.

In an effort to increase revenues and grow its value to investors, Facebook has begun to allow users to broadcast videos to friends on the social networking site. More to the point, the live stream feature will give users more reasons to boost their vanity or self-esteem, whichever best describes the behavior. Well, that comes at least from my own point of view. 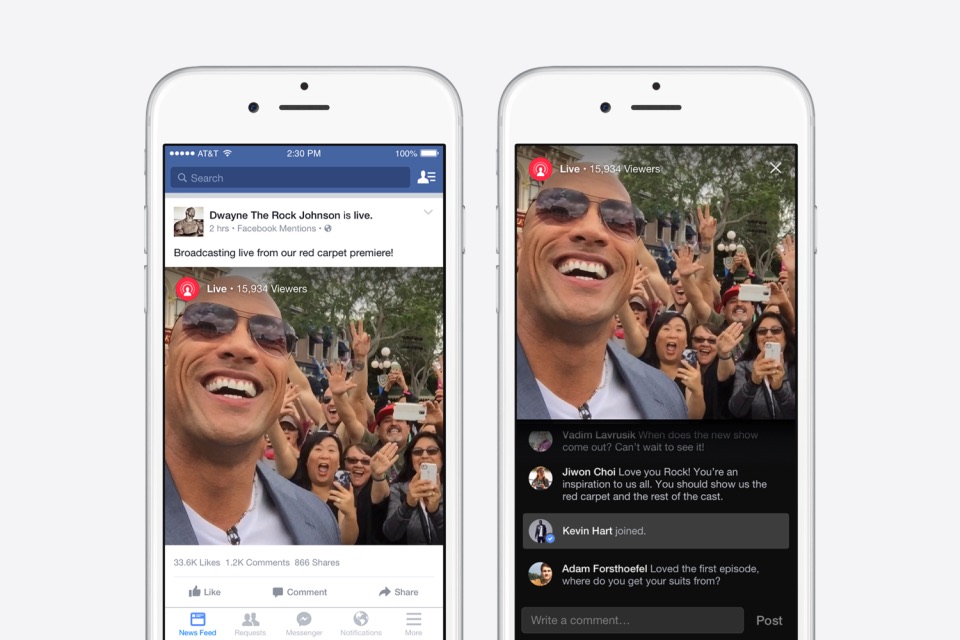 The move also increases the competitive landscape for live streaming services already available to users such as those offered by YouTube and Periscope by Twitter. Since this kind of service began to be offered, live videos have become the new tool for people to send messages quickly and efficiently.

Broadcasting a live video works just the same as updating your Facebook status. You only have to launch your Facebook app and click on the post button, in which you will see an added option that is the live stream icon. Tap the icon and you are good to go.

In order to let your friends know what you are about to broadcast, you will have the option to put a description on the upcoming live video before you click the Go Live button to start the live stream. When the broadcast is finished, the user has the choice to save the recorded video into the device memory or an external memory card.

Prior to broadcasting the live video, users have the option to also tag people they want to watch the live stream. The video will stay posted on the user’s timeline as a regular post for later viewing. In order to avoid interruption to the live broadcast, users must turn off their notification settings, which will otherwise pop up on their screen and pause the broadcast.

You have to marvel at the long period it took Facebook – the largest social networking site – to launch a live stream service. But it’s better late than never at all. The company previously enabled auto playback of videos on the home page, making the video service a key component of the social media. Live streaming videos adds more value to the company as it will make it easy to quickly deliver messages or reports about a certain event.