This Normandy news is making people mad these days! The news regarding Nokia’s Normandy is spreading like a wildfire now and after reading news from different sources. I am not yet convinced with the fact that Nokia is planning to make an Android phone.

Our doubt was stirred by some anonymous guy who posted a picture of the so called Normandy but surprisingly the phone was hidden behind a shell of protection. Another picture of the same handset was posted in Weibo, luckily without the case. This picture looked a bit more real and persuasive to me. It has been heard that this device would contain Nokia’s very own modified version of Android KitKat 4.4. The OS on the screen was looking very vibrant on screen. There were several pictures leaked by a blogsite which showed several icons like Skype and notification notifications. It also showed the calling in the phone in action. 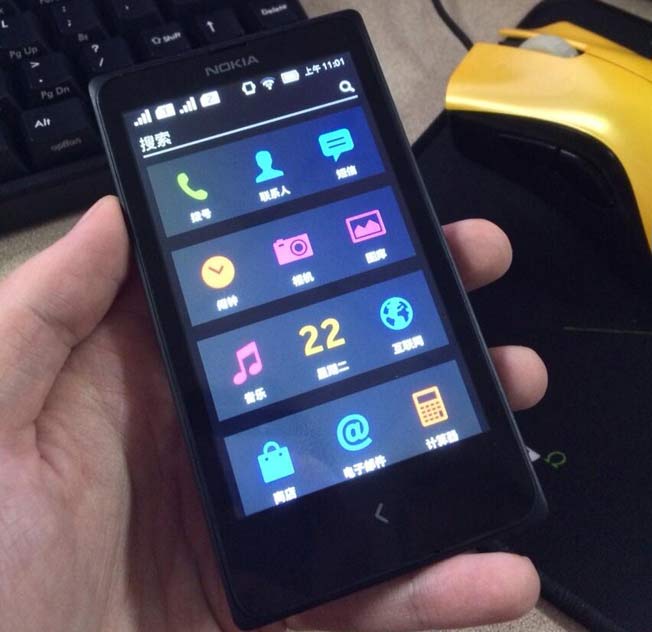 If you put Nokia’s Android sensation Normandy and a normal Android phone side-by-side, many icons do match up from the top. But that never implies that Normandy is a simple Android phone of Nokia. Normandy do consists of a mod version of Android KitKat with bigger menu icons on the display making it look different from that of standard Android phones. Nokia off late worked a lot on this tweaking and the results are being showed in the picture. It has also been said by some sources that this Android phone of Nokia could add up to the Asha series which comprises of low-cost smartphones. True or not, this Android phone will be targeted on the general mass for making ‘Android-Nokia’ combo popular.

But there is a doubt which you all must be having. With Microsoft purchasing Nokia’s handset division, an Android based Nokia device doesn’t make any sense. I also think that an Android phone is very unlikely and ‘Normandy’ can be a ‘new OS’ device from Nokia. The picture shows up a benchmark test with 5 megapixel camera and 854 x 540 display. Ignoring their deal with Microsoft, Nokia is planning to develop this phone before the end of 2014 and plans to launch it by the end of 2014. With the release of this picture leaks over the net, it can be easily inferred that the Project Normandy is very much in motion and we could expect something very new from Nokia very soon.