The Nokia Lumia 610 is placed separately at the low-price end of the Smartphone markets, having just 256MB RAM memory and a single-core processor of 800 MHz, alongside the new version of Windows Tango OS having a pocket friendly price tag in UK. Although Nokia Lumia 610 can broadly compete with every other low specs mobile phone, it gives a tough competition to a number of Windows Tango Phones, such as ZTE Orbit.

Its sports a plastic body with a 3.7 dinky TFT screens. Nokia Lumia 610 is clearly aimed to impress by virtue of its physical impressions, and is likely to stand out in the crowd. All the sides of this phone are beamed with a metallic shine; however this should not be mistaken for real metal. Once you hold the phone, the metal illusion is lost and plastic will be felt through and through. It isn’t flimsy, due to its sturdy back cover and somewhat hard solid feel. It weighs only 131/5 gm, which is good with respect to its dimensions. It is available in the bold and beautiful colors of cyan and magenta. If you feel more conventional, then it also comes in white or black. Overall it can be safely said that Nokia Lumia 610 is a reasonably well built and durable Smartphone. 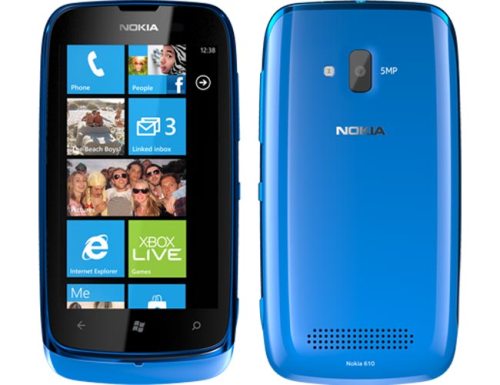 The Nokia Lumia 610 carries a reasonably intuitive user interface. If in the past you have used a phone based on Windows OS, you can expect this to be more or less the same. However, even if you are totally new to the operating system then navigating your way is quite an easy process. 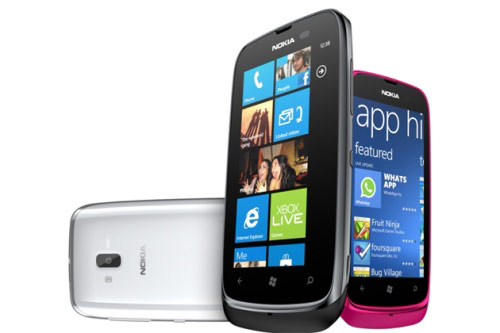 Testing of batteries has always remained a hard task. Around the connection from Wi-Fi i.e., at maximum possible usage you can expect it to last throughout the day and at maximum carry itself over to the next one. The battery performance of Lumia 610 has always varied based on how you use your phone. Nokia Smartphones based on Microsoft’s Windows Tango OS come with a handy battery saving mode, so you still have some juice left for making some important calls and texts.

The price of Nokia Lumia 610 is around $339 and this is one of the World’s Cheapest Windows phone. You can order it via Amazon right now.

Overall, a very friendly user experience is offered through Nokia 610 for first-time Smartphone user. However, Nokia’s main challenge will be that of convincing users that the plethora offered through the apps in iPhones, or user friendly cuddle of BBM is not the thing they desire. If you are searching for your first Smartphone with a price range unlikely to burn a hole in your pocket then go for this phone, because you won’t be disappointed with it.