It did come with some pretty good specs back then having a 4.4-inch screen supporting a resolution of 1080p, 2 Gb of RAM, 32 GB of internal storage, 14 megapixel back shooter while no news on the front facing camera and a huge battery at 3000mAh. With the updated rumor specs on the Lumia 1520 mini the people who were waiting for it might get disappointed as the specs have dropped drastically from 4.3-inch screen to 4.4-inch screen but with a lower resolution display supporting a 720p display and from a 3000mAh battery to 2370mAh battery while all the other specs remain the same, but don’t worry as these are all just rumors and we shouldn’t expect much as they change day by day. 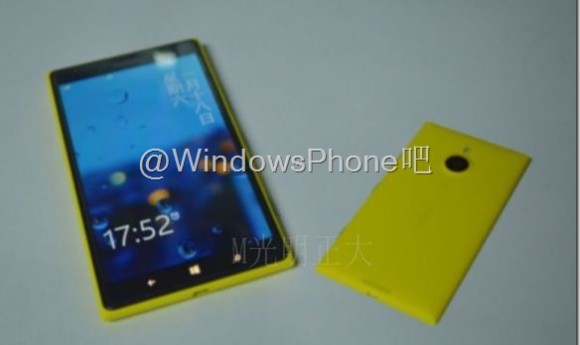 According to the rumors we might see the Lumia 1520 mini this year in April 2014 and that make sense as Nokia is going to release their new OS the Windows 8.1 and they might release the mini version with Windows 8.1 running out of the box which can also be a selling point for the Lumia 1520 mini. In the leaked pictures of the Nokia Lumia 1520, it’s placed beside the Apple iPhone which also gives us an idea about the size of the phone and from the looks of it, it looks pretty compact and users would have no problem fitting it in their pockets.

There was no news on what processor the Lumia 1520 mini is going to be equipped with but it will be great to see the same Snapdragon 800 processor on it as the Lumia 1520 has, just like Sony did with their Xperia Z1 compact. This is all for now and we will update you guys as soon as something comes up.