After rumors of a new Nokia smartphone with a killer camera that was expected to be launched at the recent Mobile World Congress got busted when nary a shadow of it showed up, Nokia EOS (as it is dubbed) is starting to pick up momentum in the Internet, again.

The speculations stemmed last year when the Nokia 808 PureView debuted, sparking hopes for a similar camera smartphone that implements the Windows Phone operating system. That might realize soon as an anonymous source who claims knowledge of the Finnish company’s works has divulged key specs of two models of the EOS device, which resemble each other in overall package except for the processor.

According to the source, one of the EOS models runs a dual-core chip while the other comes with a Snapdragon 800 quad-core processor, and folks at the Helsinki headquarters are testing both. However, only one of the two prototypes holds promises to make it to the final launch, claims the source. Why would Nokia waste resources on two projects without pushing through with both? The intent is understandable.  Like the Nokia Lumia 920 that is powered by a 2,000mAh battery, the quad-core version of Nokia EOS is sure to suffer from battery issues as it sports the same battery specification. 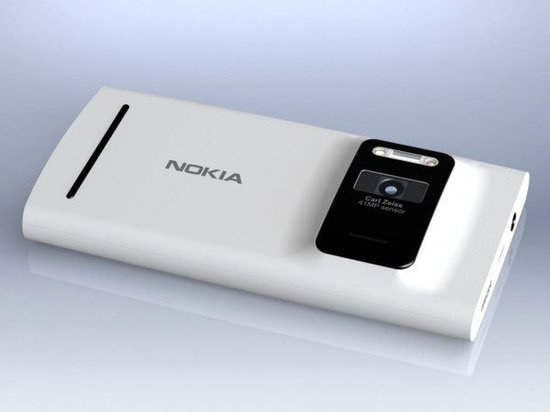 Other key specs of the quad-core-based Nokia EOS reportedly include a 41MP camera supported by a Xenon and LED flash, and an AMOLED display with 768×1280 pixels resolution on an unknown screen size. Initial leaks do not show whether Nokia EOS supports 2K or 4K video recording, but the source expects Nokia to add that feature in the coming weeks or months.

An FM transmitter, expandable micro SD slot and a potential micro HDMI out port are also expected to ship out with the Nokia EOS.

Further details reveal that Nokia EOS might show off a variable aperture lens that resembles that of the Nokia N86 and a more detailed camera user interface as in the Nokia 808 PureView. Nokia EOS is said to be exclusively released first by AT&T globally after one to three months of the launch.