Well we never got to see the real pictures of the device to assess how the device actually looks like. But this time around, we have got our hands on live screen shots of the Nokia EOS which shows the device from all perspectives and we can have a pretty clear idea how it looks. 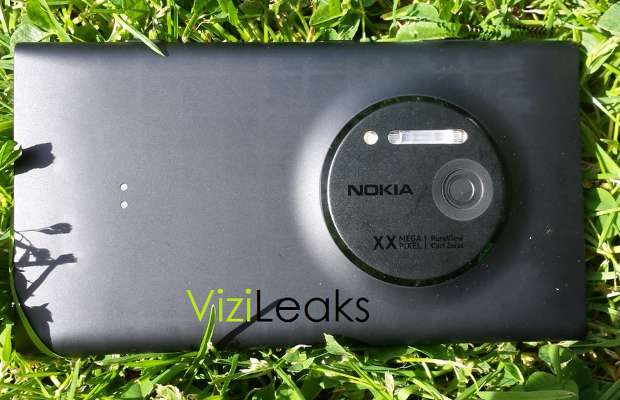 When we first look at the images, we will see that the device inherits the typical design features of the Nokia. No physical button on the front. As usual the back side has a pretty dominant camera lens which covers quite a space. The device has the same look and feel of the Nokia Lumia 800 except for few exceptions.

The camera lens at the back cover also shows few things like the use of Carl Zeiss lense, a possible dual LED flash and some XX pixels which is surely not revealed just yet but we are pretty sure, considering the size of the camera, that the device will have a 41 MP camera although the resolution of the camera is still unknown. But it is very likely that Nokia will use the same sensor it did in Nokia 808 PureView because it is still the best sensor in the market and is yet to be beaten by a competitor.

Nothing much about the hardware specs though but we might see a screen size of around 4.3 inch with atleast dual core processor and 512 MB RAM. The storage is expected to be around 16 GB but no authentic words are given out regarding it.

Some people might question that the Nokia EOS looks like a real deal but images can be fake. Well, for such people, the answer is that the images are real because they have been posted by two different people on the internet and both the images shows the same device except for the fact that one was taken in bright daylight and other was in a room. We will keep you updated as soon as we hear something about it.