It seems a bit odd but understandable why Samsung has preferred to have the Nokia Here map application launched on the Tizen operating system first before Android Wear, the Korean phone maker is boosting the presence of its own platform. Nonetheless, there is still hope for Here to be introduced to the Android Wear ecosystem.

Nokia Here is now available on the Samsung Gear S smartphone, which is powered by Tizen. Tizen is Samsung’s attempt to add to a market currently dominated by three giants Android, iOS, and Windows Phone. With the growing popularity of the wearable computing, Samsung hopes to expand the market reach of Tizen, probably in an effort to gain independence from the Android operating system, which currently powers most of its mobile device products. 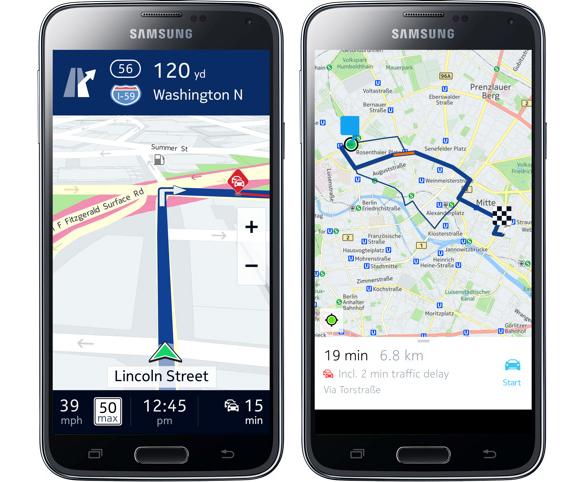 Samsung also plans to introduce a version of Tizen for other devices such as cameras. The company is still mum, however, on when it would unveil the first eponymous Tizen smartphone. Perhaps another reason for choosing Tizen is its light system compared to that of Android Wear, so Samsung is confident in the capacity of Tizen to scale to the Here app.

Here is an app developed by Nokia’s mobility business, which has recently been acquired by Microsoft. However, Here was not part of the acquisition deal. The app was built to provide mapping data to smartphones and tablets, as well as other apps that has an application programming interface with Here.

Here has not been recently used for any wearable technologies, so its entry into the Tizen ecosystem is remarkable in that it is Here’s first venture into this sector of technology. It is meant to deliver directions to the Gear S smartwatch and spare users from the hassle of pulling their smartphones out of their pockets in order to search certain places.

Here is designed to work with the Navigator app on the Gear S to provide users with navigation data in public places. Although the map data remains reader friendly on the small display of the Gear S, the screen won’t be ideal if you want to create a route plan, so it is still viable to use your smartphone for that purpose.

Users can save data on maps on either their smartphones or on the Gear S so there is actually a back-up copy of your route even while offline. Offline maps are accessible to users in nearly 100 countries and 750 cities, so you won’t have to spend a dime when you’re in any of those places.