After the launch of iPhone 4S, many iFans were disappointed with its improvements over iPhone 4. There haven’t been any significant upgrades in both features and design. That’s why people are expecting the next generation iPhone 5 already and designers started harnessing the power of their imaginations. The newest creation comes from Antonio de Rosa with an awesome iPhone 5 concept.

The iPhone 5 sports a large capacitive home button, a bigger display of 4.3 inches, an aluminum uni-body case and the latest quad-core Apple A6 processor. The larger body will make the phone ready to compete with other huge Android devices. Apple must enlarge the iPhone 5 screen this time as this is the most-wanted improvement at the moment, I’ve seen how old people struggled to read tiny text on the 3.5 inch screen, therefore the big screen will help them a lot. Some Android handsets like Samsung Galaxy Note and Samsung Galaxy Nexus are already armed with huge screen of 5.3 inches and 4.65 inches respectively. This can be considered as a new standard for smartphone in 2012 and Apple must follow the trend. 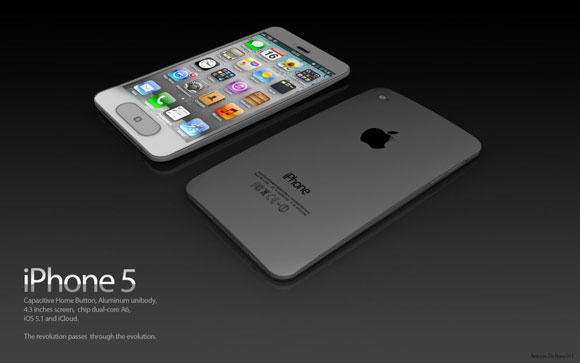 The iPhone 5 concept has quite a futuristic look. Although it features a bigger screen, it still looks very compact with the edge-to-edge display and the thickness is probably even lower than 8.49mm (Samsung Galaxy S II).

Besides, the iPhone 5 will come with iOS 5.1 and iCloud. Let’s see some more pictures of the concept. 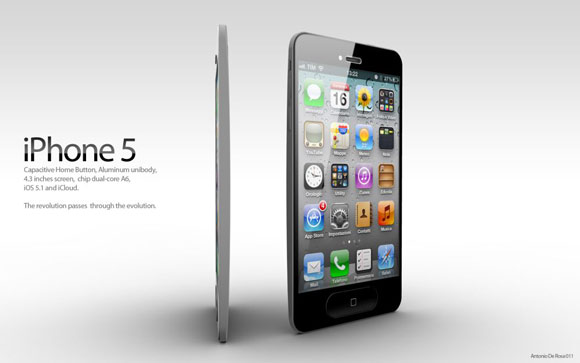 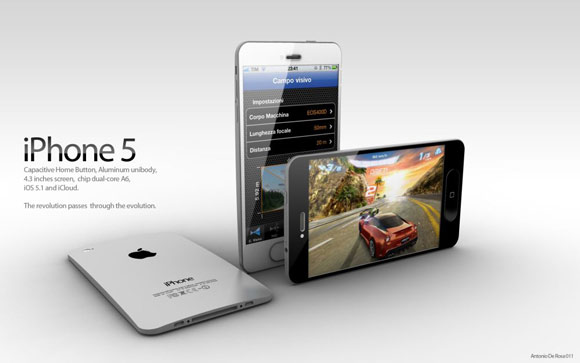