All of you who were waiting for Firefox Metro, which is the touch version of Firefox browser for Windows 8 should stop waiting as Firefox has already pulled the plug on the Metro touch UI before the browser even got officially launched.

Firefox never got the chance to come up with a stable version of Metro. According to Vice President of Firefox Johnathan Nightingale, “usually when we come up with a pre-release version of Firefox desktop browser there are millions of people who are ready to test it, which was not the case with Firefox Metro because the number of people testing it daily were as low as 1000.” He also said, “we have to pick our own battles” by which he meant Firefox Metro which needs significant investment with low impact because of the lower number of users. 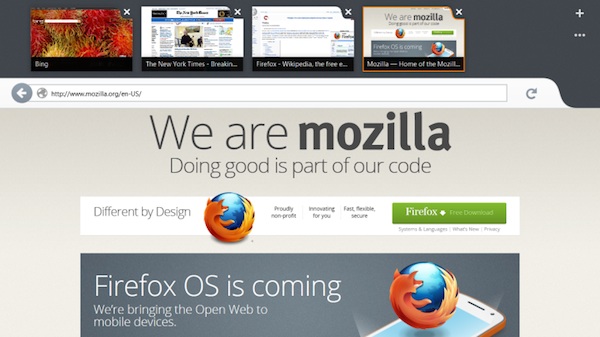 He said even if Mozilla ships this Firefox Metro product it will be with no actual real-world testing and that could end up in a lot of bugs which will require a lot of follow up engineering, design, and QA effort. And that is not what Firefox does because when it releases something to the public, it has a duty to maintain it through end of life and that is why it had to stop working on Firefox Metro.

We don’t know why Firefox was not able to gather more than 1000 users to test Firefox Metro. Maybe because of the difficulties that the users were facing on the platform or maybe Internet Explorer 11 was offering much better experience than Firefox Metro. But whatever the reason was Firefox is quitting on their Metro touch user interface and we don’t think it will consider working on it again.