Siri is the revolutionary software available on just the iPhone 4S. The software used to be downloadable software available on the App Store, at the time an app that I overlooked until it was too late. Now, Apple bought the application, discontinuing it from the App Store. Since then, Siri has been a success for the iPhone 4S, a major selling point for some consumers looking for an upgrade. Despite how amazing Siri is, it is still in beta testing, so thankfully there is a lot that will change as time goes on. Until then, we will point out some of the features users want from Siri once it’s official.

This is an item on our wish list that is the most likely of them all. Since Siri is in beta, third party developers haven’t had the ability to get their hands on the software. However, once the period is over and Siri is official, we can expect developers will be able to integrate with Siri. Many iPhone 4S users would find it nice to be able to launch an application, tweet, and update your status from Siri.

Being able to change the voice (and inferred gender) of Siri is what some people would find nice. You can already do it with speech on Mac, so it doesn’t seem like a far stretch for Siri. This can be extended even further with customizable personalities along with each voice. For example, each voice having colloquial phrases along with it. 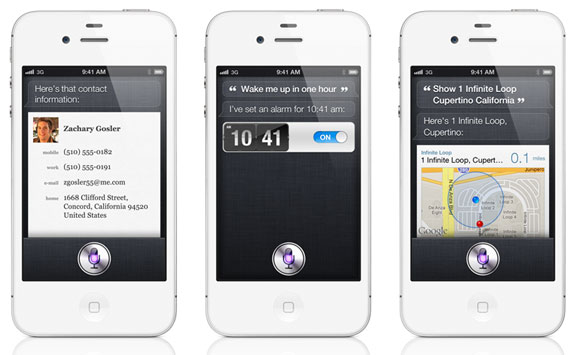 Due to the absence of application integration, Siri cannot make reservations for you. Thinking of the idea of making restaurant reservations, forget it. Schedule a room at a hotel during your layover with Siri, not going to happen…just yet. This will be a nice feature that we can almost expect to happen once Siri leaves beta status.

The marriage of Siri and Notification Center is a match waiting to happen. Think about having Siri wake you up to the weather report in your area or being able to select top news stories for the day. Better yet, imagine Siri telling you notifications you missed while you snoozing. There are so many opportunities with the integration of Notification Center and Siri.

These are just some of the functionalities people are asking from Siri, what do you want Siri to do for you?