This question is a complicated one, but I’ll try to give you a non-biased answer below – I hope you can gain one or two things in this article, and that you can also make the right decision as far as choosing an internet connection is concerned.

The Wide Growth of Mobile Users 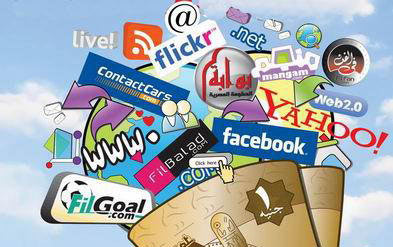 With a kind of stat like this I’m starting to wonder if anyone not using a mobile internet isn’t missing a lot. The reality is that for over 500,000 Android phones to be activated everyday it means millions of users are joining the mobile internet world every single day. We all know that the crowd can’t always to wrong and the stats speak for themselves.

If you really don’t think a mobile internet is an option for you then you might want to take the millions of people using it daily into consideration – I think that alone is enough factor to help you make up your mind.

If I ask you what the future of computing is, what will be your answer? Let’s not deceive ourselves, computers aren’t getting bigger, they are getting smaller and are becoming more effective. The reality is that the new set of future computers are starting with our iPhones and Android phones and what this means for us is a new future and as smart tech enthusiasts we need to start embracing this new technology now.

The great thing is that a lot of the Smartphones available today also have a lot of “smart” features most of our computers don’t have and I’m sensing this is only the beginning. Starting to use a mobile internet might indeed be a very wise choice for you.

The Internet on the Go

When the computer technology was first invented a lot of people were complaining about it being too big and thus difficult to use on the go, as a result of this several laptops were made – some big, and some small and laptops are now known for their portability. The reality is that to thrive in today’s world of technology, the portability offered by a laptop isn’t enough and it might be a smart choice to start using a mobile internet just for the portability it offers.

A lot of Smartphones also have features that make it easy for you to use some great applications like “Word”, the internet and some other cool applications.

Now is the time to get started with using a mobile internet. Don’t delay your options any further, it might come back to bite you.

This guest article is written by Paul who can help you choose the right mobile broadband plan for you.