Latest news has confirmed that Microsoft is working on a 7 inch Surface tablet that will be a part of the new Surface tablet series from the software giants.

According to the latest news, Microsoft has made changes to its windows 8 specifications to add support for lower resolutions as well like 1024 x 768 that slightly hints to the point that the upcoming 7 inch surface tablet from Microsoft will support this resolution.

People working close with Microsoft and familiar with their strategies for product plans told that Microsoft had no intentions to step into the tablet business till last year. But this year, Microsoft gradually realized that in order to keep their dominant position in the mobile industry and by seeing the response of people towards smaller tablets like Google Nexus 7 or iPad Mini, they had to come up with a product line that will include smaller sized surface tablets powered by Windows 8. 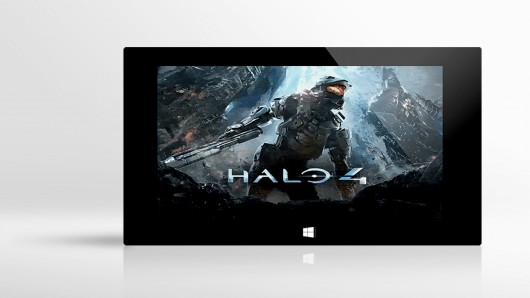 There is another reason as to why Microsoft is pushing towards tablets is because they are losing market shares in desktop and laptop shares which was the company’s most strongest field and was the main source of strength for Microsoft.

Last year when Microsoft released windows 8 with tablet support, they had no intentions to release their own line of surface tablets but the new operating system from Microsoft didn’t got enough attention in any aspect and was not able to gain sustainable market share as compared to other operating systems.

Last year, Microsoft chief executive Steve Ballmer insisted on calling the Microsoft a “devices and services” company and said that Microsoft is working on various devices of its own. Surely that pointed to the fact that they are dwelling into mobile industry but it was not sure up till now when Microsoft revealed its plans to start a new line of surface tablets.

There were no other details given out about the surface tablet like the hardware features or the pricing and availability but we are expecting that the new surface tablet will be released somewhere around Q4 of 2013. There are also speculations that Microsoft is testing a smartphone device of their own but it is not confirmed as of now.