Microsoft finally introduced their voice assistant named Cortana at the build developer’s conference in San Francisco. Cortana will be introduced as a beta feature with Windows 8.1 update and will be competing against Google Now and Siri though Microsoft will need a lot of time to bring it up to the same level.

Cortana appears to be some kind of orb which is named after the artificial Intelligence holograph from the famous game called Halo. Cortana is a lady AI and will be powered by Bing which will help you do all kind of stuff like you would except on other platforms like launching apps, weather report, settings alarms and reminders. During the demo, Cortana sounded really natural and though there were a few glitches during the demo, the voice assistant did an impressive job understanding complex sentences and doing things accordingly. 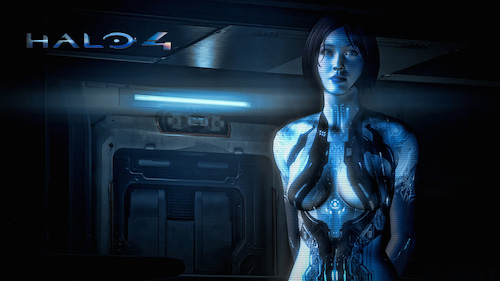 Cortana can also access your email and can alert you with your flight schedules which also raise a lot of security concerns but Microsoft said that users will have control over Cortana and can allow it to only access stuff that they want. Cortana will be an open source project and developers can also come up with their own third party apps but for now it’s only integrated into Skype and other Microsoft apps out there. Cortana is only limited to Windows phone and will not be included in Windows for PC or Xbox.

Windows 8.1 will also include a notification center which is something new from Microsoft as well as lock screen customization. Users will also be able to select background wallpaper that will appear behind the live tiles.

Microsoft will be including Cortana in their Windows 8.1 update for Windows phone but the voice assistant is only limited to US for now and will be ready to download at the end of April.