After launching Android and iOS versions of its digital assistant Cortana, Microsoft has recently formed a partnership with more than 20 original equipment manufacturers to bring its core Office apps to Android based tablets, expanding Microsoft’s ecosystem of partners that pre-install their tablet products with Office apps to 31 companies.

The alliance involves pre-loading more than 20 brands of tablets – including LG, Sony, Haier and Wortmann – with Office apps such as  Word, Excel, OneDrive, Skype, PowerPoint and OneNote, although a myriad alternatives to these mobile apps are also available from Play Store. 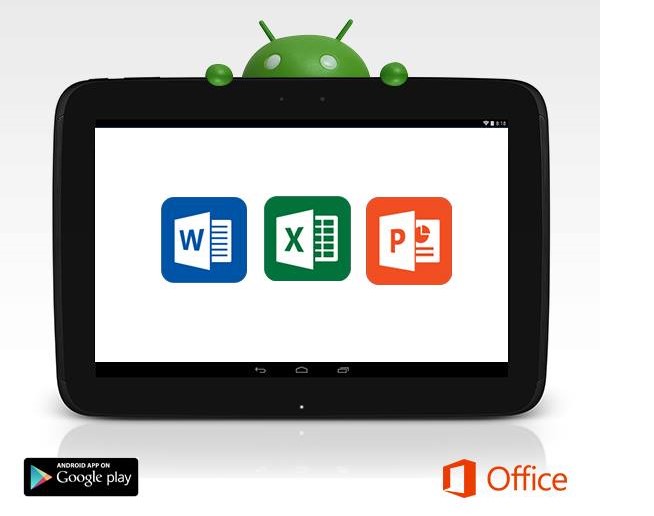 Whether these OEMs will produce tablets that have built-in Microsoft apps remains to be announced, if at all. But Sony has promised that it is scheduled to launch the Office apps on Xperia Z4 over the next three months.

The installation of Office apps in the tablets offered by these new Microsoft partners will take place gradually this year, so if you are among the users of any of these devices, you can expect to receive those mobile apps before 2015 ends.

But the types and number of apps to be installed in a specific tablet depends on the tablet maker. But even if some Office apps would not be included in the pre-installation with certain tablets, they will remain available via Google’s Play Store.

So from now on, fans of tablets who would buy Android models would have access to built-in apps from Microsoft in addition to the core apps offered by the tablet’s manufacturer.

By expanding its partnerships, Microsoft seeks to also expand its reach into the Android ecosystem, to which it had previously closed its doors. The strategy is dubbed mobile-first, cloud-first – something that Microsoft CEO Satya Nadella hopes will be instrumental in winning more users. In other words, it is a cross platform strategy that aims to open the walls of the Office suite to its major competitors including Google’s Android.

What benefits from this strategy most is the customer that seeks wider options for mobile apps and manufacturers that want to broaden their offerings with various options from both sides of the fence, thus increasing the value of their devices.

It seems Microsoft and Google have just disregarded the many patent altercations pending in the court. The conflict comes from the alleged infringement by Google in Microsoft’s licenses on certain apps that make up most of the Redmond giant’s revenue streams.