Lumus is famous for making helmet heads-up display for the F-16 fighter jet and wants to bring the same military technology into a smart glass. Lumus has no motive to produce a smart glass of their own for now but will be providing manufacturers with their technology.

Both of the models that Lumus is working on are Android powered and the main focus of the company is towards GPS directions and showing notifications. Lumus said that they are working on two models the DK-40 and the DK-32 and also showed us some reference designs. Both of the models uses the same technology called Optical Engine Module with a thin glass but the way it works is totally different than Google. The Glass on DK-40 and the DK-32 will project the image in front of the user, as the elements used in the glass are see through which can also project images, so there is no small screen to look at like on a Google Glass, but the whole glass is the screen instead.

Lumus said that these two models will help users check on different things like GPS directions, breaking news alerts, streaming videos and notifications, they even showed some conceptual photos of how the interface will look like on these two models. 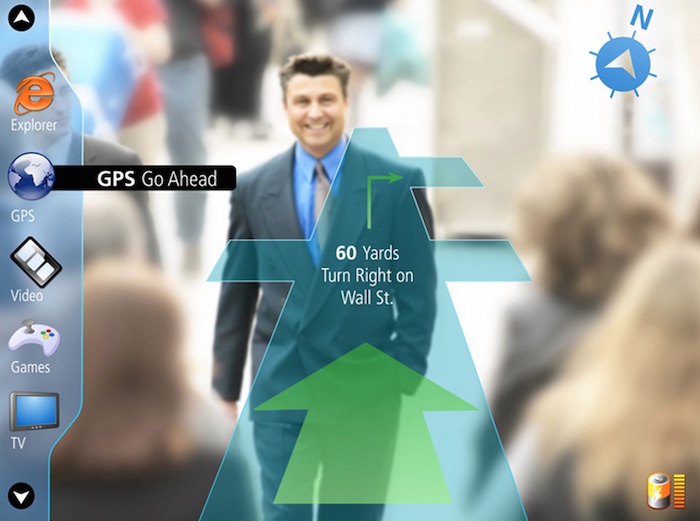