LG G Flex features a 6 inch curved display that supports 720p resolution. The phone just weighs 177g and measures from 7.9mm to 8.7mm in thickness around the curved screen. The phone is powered by a quad core 2.26GHz Snapdragon 800 processor backed by 2GB RAM. The phone features a decent 13MP camera at the back and a 3500mAH battery big enough to give a good backup to the large display. There is a microSD card slot for expandable storage as well. The device runs on Android 4.2.2 Jelly Bean with LG proprietary UI. We are actually surprise as to why LG didn’t go for the Android 4.3 Jelly Bean but it’s for sure that the device will be getting the update in the upcoming months. 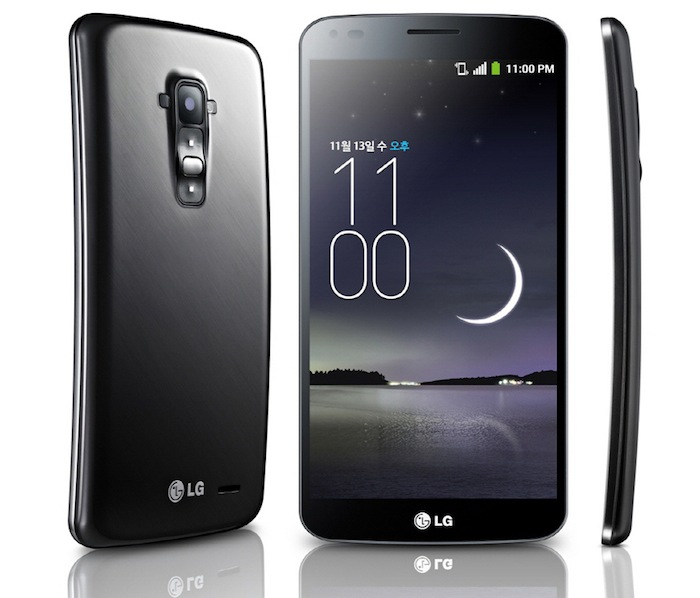 There are many exciting features included in the LG G Flex. There is a Dual Window mode that allows you to multitask between applications at the same time since the screen splits into two halves to accommodate two applications of your choice. Swing Lock Screen changes the wallpaper of the device depending on which position you are holding the device and also shows different unlocking options based on the finger’s position.

Another interesting thing about the LG G Flex is that according to LG, LG G Flex has a Self-Healing scratch resistant film on the back that quickly removes the light scratches within minutes. Many critics have compared this feature with the Wolverine’s superhero ability of regenerating tissue cells to heal the body wounds.

Curved display smartphones are gaining very attention in the past few days and with the introduction of the LG G Flex which is a fine curved OLED display smartphone, it is not long gone since we see something similar from SONY or HTC. The device is only launched in Korea but it is said the company will roll out the device in other parts of the world in the upcoming weeks.