The pictures that leaked online show a new prototype from Samsung in what it is considered to be the new design language from Samsung. The design resembles a lot like the Nokia’s Lumia series smartphones with the Samsung putting a home button at the bottom of the device. Much of the other design features are said to have a reflection from the Nokia windows mobile phones.

Of course, the pictures might be fake and stuff like that and you should consider them non legitimate but if these are supposed to be an early prototype for the upcoming Galaxy Note III then we have many things to discuss. 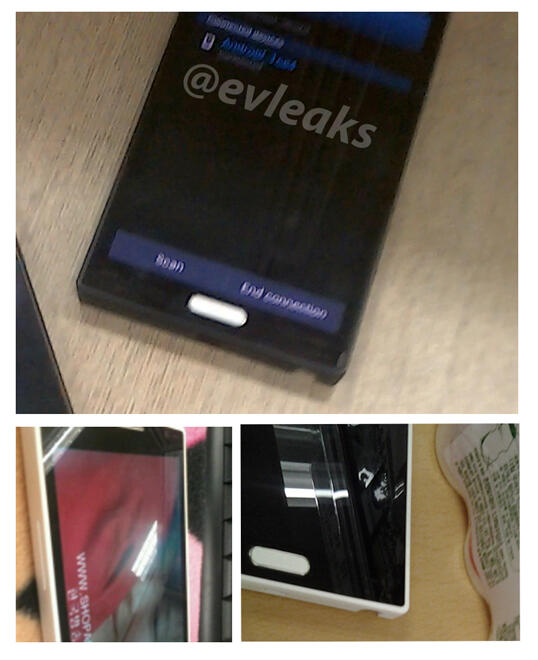 Firstly, when we look closely at the bottom of the mobile, we can see a small spot at the bottom right that might be a possible S Pen pocket just like the rest of the Galaxy Note series. Other than that, the design also depicts that idea of Samsung that they wanted to improve and change the build quality of their smartphones to make them more reliable and worthy.

One of the images shows the type of software installed but the picture is so blurry that we cannot get a proper look at what it is showing on the screen.

To sum it up, these pictures do portrait Samsung’s try of improving the design and taking the initiative necessary to bring something new to their line of products. We still haven’t heard anything from Samsung about the leaked images and we are pretty sure that they will deny the rumors even if they see it. We will update you on this as soon as we get our hands on any further information related to the prototype shown in the image. Leave us comments down below and we will get back to you.