There seems to be no end to the continued rise of phone theft cases in the United States, thus discussions over a default “kill switch” feature for all mobile devices have become more critical than ever before.

This function is practically not new to smartphone and tablet manufacturers whom authorities have constantly urged to help address the issue. Manufacturers and carriers alike had been usually the ones that opposed the idea of kill switch because of some economic factors. For one, a mandatory kill switch feature would harm the insurance business for phones.

But the same organizations are now seen contributing to the initiative of embedding the anti-theft feature to mobile devices to reduce the cases of robberies across the country. The big players in the smartphone sector have just announced that they would provide free kill switch features on all new devices that will be sold beyond July next year. It would enable users to remotely wipe out the data stored on their stolen gadgets and lock it so that it becomes essentially useless after the kill switch function is activated.

Smartphone makers like Apple, Google, HTC, Motorola, Microsoft and Samsung, as well as wireless carriers such as AT&T, Verizon Wireless, T-Mobile and Sprint have recently inked a voluntary commitment to offer the anti-phone-theft tool for free. In fact, Samsung’s newly unveiled Galaxy S5 smartphone includes an anti-theft system designed to render the device inoperative in case an unauthorized user or a thief attempts to shut down a built-in program intended to locate the missing phone. 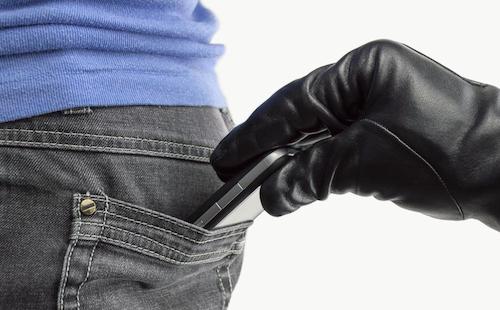 But it appears that government authorities are not satisfied with the industry’s approach to deterring phone theft because they say the technology failed to meet their requirements: a default kill switch that immediately switches on without the user having to choose whether to activate it or not, therefore discouraging thieves from perpetrating their crime.

“We strongly urge CTIA and its members to make their anti-theft features enabled by default on all devices, rather than relying on consumers to opt-in. The industry also has a responsibility to protect its consumers now and not wait until next year.”

A new report released by Consumer Reports indicated that nearly 3.1 smartphones have been stolen in 2013 in the United States alone, almost twice the crime rate in 2012.

Now legislators are moving to formulate state and federal laws mandating the inclusion of anti-theft technology on every smartphone manufactured in the U.S.