As it currently stands, Apple iPhone 5S will be the world’s first Smartphone that will be making use of a 64 bit processor. Though it is an expected development in the advancement of mobile telephony, some of the parties in the mobile camp felt that the introduction of the 64 bit processor in a smartphone is not as useful as it is touted to be.

Majority of these individuals argue that the announcement of the 64 bit processors is just a marketing tool and that they will not be used to the maximum in the iPhone 5S or the new Android Smartphone that will produced by Samsung.

For the iPhone fan boys, this announcement came around a time when they were craving for some new innovation from the company. Even though from the unveiling of the iPhone 5S the new A7 processor is said to be two times faster and responsive it will not be of much use in the day-to-day operation of the handset since currently there are no common apps built to take advantage of the 64 bit design. Like in any other advancement, for one to fully take advantage of the new Smartphone improvement, knowing more about the workings of the processors the difference between the 32 and 64 bit processors is essential in avoiding the mambo jumbo technical terms currently being thrown around. Here is a snapshot differences between the processors powering Smartphone, tablets and even notebooks. 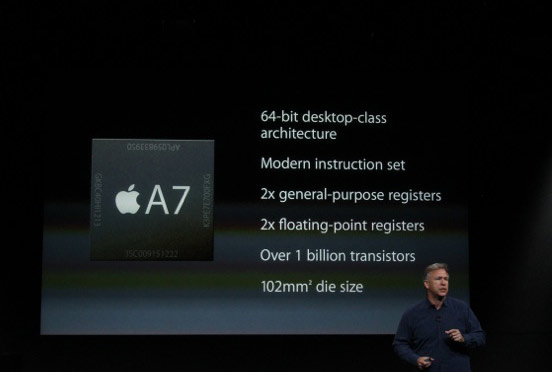 A processor is a silicon chip that executes and processes bits (binary digits) of data. In its simplest form, the processor is the heart of all smart devices that is in charge of taking some data, store it in its own internal memory (cache), do some processing on the data and then return the desired result. Up until recently, all Smartphone (iPhones, Androids, Blackberry, Windows Phone among others) where powered by processors having 32 bit architecture. By 32 bit it basically means that the processor is able to work on 32 bytes of data at any given time. With the introduction of the 64 bit processors, it theoretically means that these processors will be two times faster than their predecessors since they will be able to handle twice the amount of data per clock cycle as compared to the 32 bit processors.

Before one purchases any Smartphone or notebook, the first thing that one looks at it the processor speed which is normally given in Gigahertz. Just like people are different in terms of the time they grasp new concept, each processor has its own working speed which determines how fast it can process data (0 and 1). If the processor has a speed of 1GHz, it means that the processor can process data internally 1 billion times per second (every clock cycle.). As such, if your Smartphone has a 32 -bit processor running at 1GHz then potentially it can process 32 bits of data simultaneously, 1 billion times per second. At the same speed, if it is a 32-bit processor, it means that it will be able to get more bits processed at the same time making it way faster. 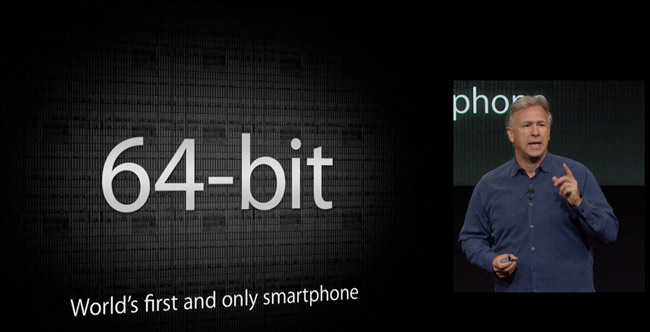 Everything has limitations, even processor chips if you have never known. Did you know that with the current 32-bit processors have a limit of 4GB RAM and that 64-bit has virtually unlimited memory? Although currently almost all Smartphone run with RAM size of 1GB, with the restriction imposed by the 32-bit processor, it means that no matter what manufacturers do, they can never be able to raise that RAM size to be more than 4 GB. Here is where the advancement into the world of 64-bit processor chips comes in handy. Since these new chips do not have such restrictions, it opens a gateway to the future allowing the Smartphone makers install more RAM in the upcoming Smartphone and at the same time allow developers build applications that will be able to offer almost desktop-like experience to the user.

Processor performance is not just limited to their architecture, clock speed and memory addressing. They are also affected by the type of instruction set used and the size of their cache just to mention a few. Though the impact of the 64 bit processor in the iPhone 5S may not be beneficial instantaneously, this new development has created a path way to allow future innovation and performance improvement in almost all aspects of Smartphone usage.