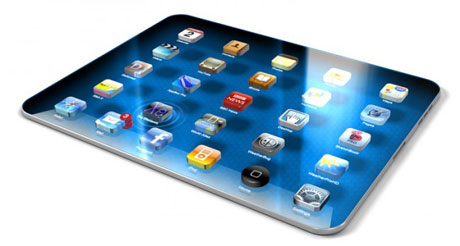 While many customers are still waiting to get the iPad 2, some information about the next generation iPad 3 has already been circulated on the Internet. Some even expected the iPad 3 will come right this year, however, I think it can only be released around March 2012.

According to Daum, a South Korean web portal, a high-ranking official of Samsung said that they are planning to release a 2Ghz dual-core CPU-equipped smartphone by next year. This device will be able to process data as fast as a regular PC.

Definitely Apple wants to use the new processor of Samsung as it is one of Samsung’s main customers on devices’ components. It makes more sense as newest Apple’s products like iPhone 4 and iPad 2 are also using the A4 and A5 chips manufactured by Samsung. We have seen the 1GHz dual-core A5 chip double the speed and performance than the the original iPad’s processor, and by using the 2Ghz dual-core CPU, the iPad 3 is promised to perform as twice as fast as the one we have now.

No official announcements have been made yet, especially when the relationship between Apple and Samsung is not so good at the moment. Apple is filing a lawsuit against Samsung alleging that Samsung had copied its designs for the iPhone and iPad.