HTC One M8 has been finally been unveiled by HTC today which brings a lot of new improvements over its predecessor released last year HTC One (M7). The phone is improved in a lot of ways compared to the previous version but it’s not a great device in terms of design and quality of the material used on the phone but is definitely better than majority of the ones available in the market currently.

HTC One 2014 has a better design overall with curved edges which makes the phone very comfortable to hold in hand. HTC has said that the phone is made up of 90% metal as compared to 70% metal used on the former HTC One. Using metal on a smartphone is very challenging as the signals that the phone emits cannot pass through metal. This is where HTC shines as they have achieved in making a phone that not only is made out of 90% metal but also does not interfere with the signals. The brushed aluminum used on the phone looks very premium and shiny than its predecessor giving it a more prominent look. 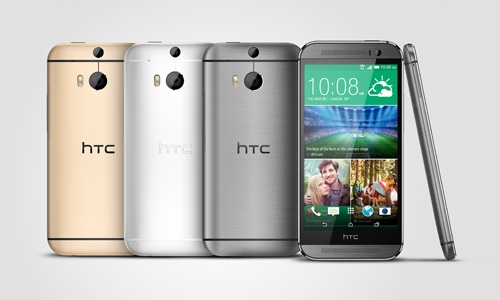 HTC One M8 has a 5-inch display supporting a resolution of 1920 x 1080 with a pixel density of 441 ppi, Qualcomm Snapdragon 801 processor clocked at 2.3 GHz, 2 GB of RAM, 16 GB of internal storage with micro-SD expansion slot, Sense 6.0 with Android kitkat 4.4.2 and a 2600mAh battery. It has a Duo-Camera that uses the same 4 ultrapixel technology found on the HTC One (M7). What the Duo-Camera does is that it helps the phone capture the depth of the picture taken with the help of the camera present on top of the 4 ultrapixel camera. The depth camera can calculate which object is near to the camera and which object is far away. This helps HTC One (M8) to come up with really cool camera features and effects like the Bokeh effect found on professional cameras where you can focus one object while blurring rest of the stuff around it. The new effects are much welcomed but the overall quality of the pictures taken from the phone still lack details compared to some other high megapixel camera phones. The HTC One M8 also has a 5MP front facing camera which will let you take high quality selfies.

According to HTC, they have also improved the famous BoomSound speakers on their new HTC One (M8) by redesigning the drivers and making the speakers bigger which results in better and louder sound quality, 25% louder than the HTC One (M7) to be precise.

The battery on the phone is not a big upgrade from its predecessor but HTC has said that they have added power optimization features which help the phone deliver a good battery time. They also introduced some battery saving modes which will allow the phone to work for 2 weeks in stand by time. Users will also be able to change the power saving mode settings manually or they can just set them to automatic. You can also double tap the screen to turn on the display instead of using the power button including some other screen gesture than can be performed on the display when it’s turned off for different tasks.

HTC One 2014 will be available for purchase in April and will cost $649 for the normal version while $699 for the Google Play Edition. HTC also said that all the HTC One variants will be receiving HTC Sense 6 updated later this spring so keep checking for updates.