There have been so many leaks and rumors regarding the next HTC’s flagship smartphone, the HTC M8 or All New HTC One, that it’s safe to assume the things that are to be expected. Till now all we have seen are some leaked specs and rumors but a few days ago a review was posted about the HTC M8 comparing it to the current flagship device the HTC One. The video was 12-minutes long and was uploaded on YouTube.

The video shows the same metal finish on the HTC M8 seen in the recent leaked pics and dual-cameras on its back. The HTC M8 is a little longer then the HTC One with a larger display and the design have also been improved giving it a more rounded shape, making it more comfortable to hold in hands. There is also an SD card slot present on the HTC M8. Other than that there were many software changes on the HTC M8 including the new task manager, blink feed and the new HTC Sense. 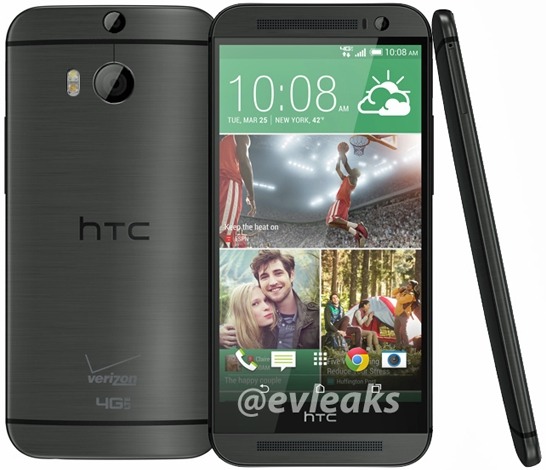 The video does not offer much information about the HTC M8 but does show us what the phone will look physically. We still don’t know what Android version the HTC M8 will be running due to the protection on the phone. While giving us the demo on the camera of HTC M8, the phone happened to lag and stuck a lot giving us the idea that the phone might just be a developer version, though the pics he took with the phone were amazing and without lacking any details even while zooming all the way in.

Jeff Gordon who is the Senior Global Online Communications Manager of HTC told Roshan Jamkatel that “It’s not going to be a good week for you, my friend” and that they have the IMEI and all other info and will be keeping in touch. We don’t know about Roshan Jamkatel but his father sure will get a goodbye from HTC as it’s a serious matter.