Some first images of the HTC Holiday have been leaked on xda-developers forum, this is maybe not a nice appearance as the screen of this prototype seems to be broken seriously. Rumors around the new HTC smartphone has been spread a few months ago as this would be the biggest phone from HTC. It packs a massive 4.5 inch qHD screen with the resolution of 960 x 540 pixel.

We can see the label California on the back of the phone, it is possible that HTC Holiday will be sold in states with different covers. 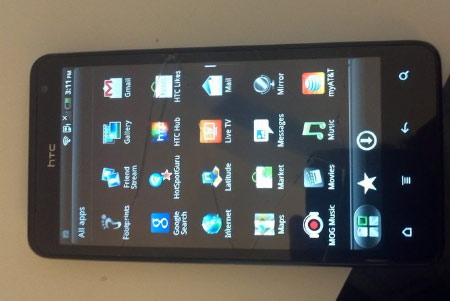 The HTC Holiday would be equipped with the powerful 1.2Ghz dual core processor and according to the images, we can see the myAT&T app in the menu, so AT&T would be the carrier for this device. Earlier there were rumors that HTC Holiday will come with 1GB RAM, 8MP rear camera and 1.3 Megapixel front camera to make video call. According to the XDA report, HTC Holiday may also sport a conductive charge port on the back. 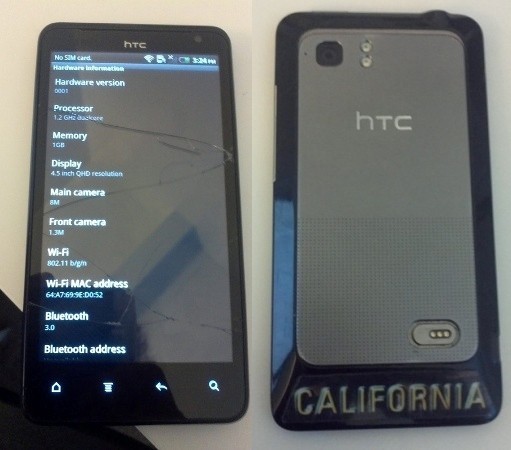 The HTC phone is expected to be released in around November – December and could be come a great holiday gift for Christmas. Stay tuned for more information of HTC Holiday in the upcoming months.