HTC has taken the wraps off the latest and first mid-range version of its Desire flagship shortly after images and key specs of the device leaked the day before the official launch. Running Google’s proprietary Android Jelly Bean, the HTC Desire 600 picks up the BlinkFeed and BoomSound features first introduced to the recently launched HTC One. 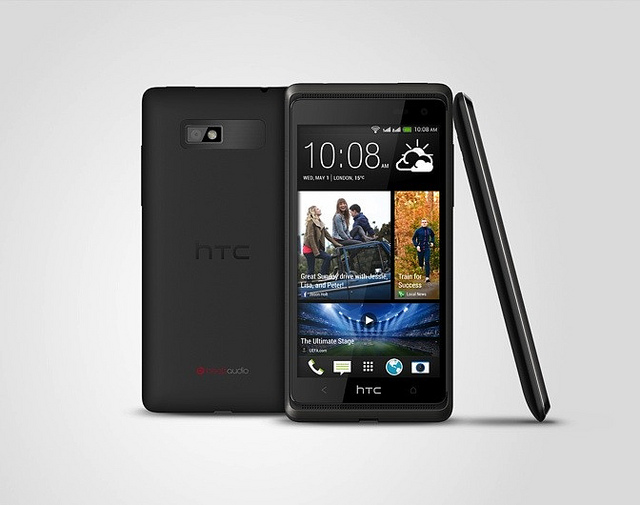 Having two phones in one is a growing fad these days. The HTC Desire 600 comes with dual SIM card slots for smooth transition between two accounts and boosting mobile speed. With the built-in dual active system, Desire 600 users can receive simultaneous calls on each of the SIM card.

As with the HTC One, BlinkFeed allows for customization of the HTC Desire 600’s home screen to get streams of social and news updates in real time all in a single view. The 4.5-inch screen especially complements the feature, which extracts contents from more than 1,400 local and international media outlets. The figure translates to more than 10,000 articles daily from various sites including AOL, ESPN, MTV, Financial Times and Reuters.

Along with the dual SIM function, Desire 600 has been built with dual speakers to allow users to listen to their favorite sound tracks and artists on the go but with all semblance of a home entertainment system. Alongside the front-facing speakers are built-in amplifiers for enhanced gaming, playback and music experience with immersive feel. The audio hardware is bolstered even more by the integration of Beats Audio.

As well as enjoying Desire 600’s full sound system, you can also create a semi-pro 30-second slideshow of your latest captures, or even the old ones, with the Video Highlights, an editing software that comes with a selection of music themes and sharing options.

The HTC Desire 600 dual sim is an affordable mid-range phone that sets the standard for its class, keeping the busiest user up-to-date at a glance and offering them the power and range of features to switch between work and play.

The new HTC Desire 600 dual sim will ship out to carriers and retailers in Russia, Ukraine and MEA starting early June 2013.