HP released their well awaited laptop known as the HP ENVY 14 Spectre. The laptop, known as the ultra book “designed for those who expect the extraordinary”, fits right into the existing ENVY line. This means that it is high quality, unique, and thin. The laptop is well under an inch thin and and just under four pounds in weight. The Spectre comes built with scratch resistant glass and is designed simply with the HP logo in the bottom left corner. Let’s look closer at this laptop to see if it’s worth the $1400 price tag.

The design is simple but beautiful, taking some advice from Apple possibly. The Spectre is lightly designed with a logo at the left corner and covered in thick, scratch proof glass. Not only does it product the laptop’s outer shell, but also makes up the screen and parts near the keyboard. All this glass has to come with the most obvious drawback, all of the fingerprints, especially on the touchpad. The whole set up, design wise, takes it from the ENVY line’s book. The keyboard set up is similar to the other laptops in the line. If this is good news to you, rejoice, however there are some past users who have complained about some aspects of the keyboard’s performance. 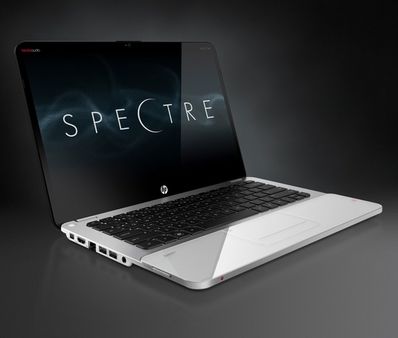 Let’s dig inside this laptop. The HP Spectre’s basic, out of the box, spec comes with an Intel Core i5 processor. This is the latest processor coming out from HP, so you can expect the best performance Intel has to offer as of yet. The standard laptop also comes with 4GB of Ram and a 128 GB hard drive, with the option of an upgrade to 256 GB. You also have the choice of upgrading to 8GB of RAM. A nice implementation with the ENVY 14 Spectre is Beats Audio technology. These high quality speakers offer crisp sound, some having said the technology is “akin to being at a concert, times two”. The Spectre comes shipped with Windows 7 and a NFC chip that we will go more into now.

NFC stands for Near field communication. If you are familiar with it, you most likely have learned about it when mentioning smartphones. But NFC basically is a transfer of communication between two devices when touched or connected in some way wirelessly. Not necessarily bluetooth or infrared, but a technology in and of itself. NFC is already used with credit cards and mobile payments. Because the laptop isn’t fully released yet, we don’t have much information on how this will necessarily be used with the Spectre. However, we can infer that it could be a new way of syncing between phones, possibly with an application since it will involve software on a device’s part as well. There’s a lot of possibilities with this feature.

The HP Spectre is a thin laptop, but not ultra thin like the other laptops on the market. Despite this, the ENVY line from HP is one of my favorite Windows laptop lines out there. The quality that these laptops exudes makes it one of my personal favorite choices if I had to ever part from my Macbook, a day that most likely will never come. The display is vibrant and makes it great competition for the Macbook Air at CES. What do you think of the HP Spectre? Comment below about your opinion and look below for some press photos. 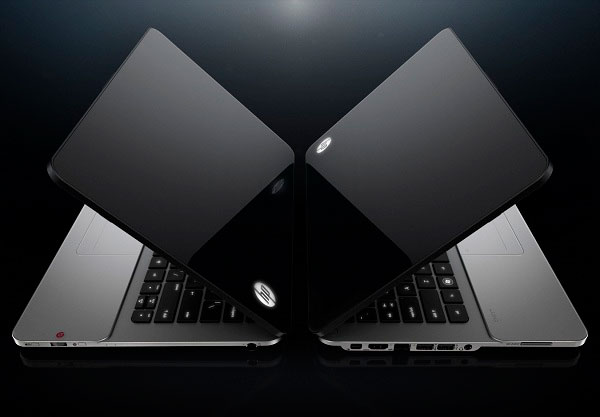