Now that you’ve learned why your business will benefit from Pinterest, it’s time to get some tips on how to maximize referrals to your site from this budding social networking platform. No, it isn’t true that Pinterest is only for craft moms – no matter what kind of blog you run, Pinterest can bring some sort of traffic value to your site.

I know many owners of sites who recognized by looking at their Google Analytics that Pinterest was becoming a major source of traffic for them, but they didn’t take much action – they were passive. These owners figured that their readers will pin photos for them, and that the traffic that trickles in from those is enough to satisfy them.

Don’t Be A Pin Spammer

On a site that I run, we regularly post lists of products that we think our readers will enjoy, and every product on the list has a picture.  I saw a huge opportunity here, so after each one of these posts was published, I would pin all of the pictures to Pinterest and wait for the flood of re-pins and referrals. 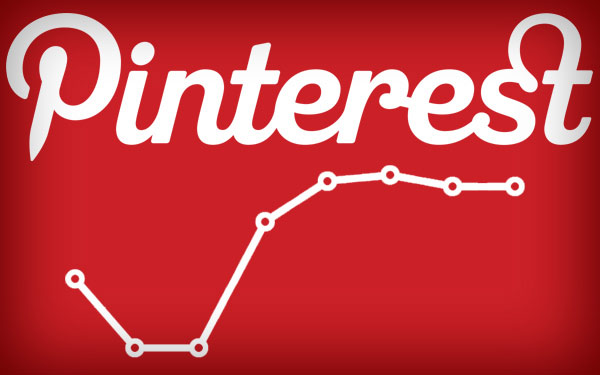 Unfortunately, I was oftentimes greeted with nothing. This confused me – normal posts on one product always at least received a couple of re-pins – what was wrong? It turns out that people on Pinterest are very sensitive to spammers, and may mark you as one even if you are not intentionally being excessively promotional. If you run a blog where you have many images you want to pin from a post, don’t put them all up at the same time!  Space them out, get more exposure, and I guarantee that you will get more referrals.

Pin From Other Websites

In order to maximize the amount of referrals your blog receives from Pinterest, you’re going to have to do a couple of things that, at first, may seem counterproductive. What you need to do is occasionally pin from sites other than your own. Why?  This stems back to that innate fear of spammers that I was talking about earlier.

If you pin pictures from websites other than your own, people will feel more comfortable that you are just a person; someone that they can connect with.  The point of Pinterest is to create an “online pinboard” which simulates that closeness that one would feel at a real community pinboard.  It’s important to tailor to these things if you want to get more followers and, in turn, more traffic.

Use Your Own Profile Picture

Again, this tip comes from experience. People on Pinterest want to follow other people, not companies trying to promote their content. Put your face on your Pinterest account’s profile picture, and let other users know that you are just a user who happens to like the same things that they do! The key is to not make it blatantly obvious that you’re looking to bring people over to your site.

Re-Pin The Pictures Of Other Like-Minded Users

On Pinterest, the key to getting website referrals is having followers. It’s important to build this number not only by pinning interesting things, but by pinning from other users that you would like to have follow you back. Pinterest is helping out blog-owners like us by sending an e-mail notification when a user’s pin has been reposted. This person then has an option to click on a link and follow you, which can lead to more exposure for your pins.

On Pinterest, I want to reiterate – there is a fear of spammers and people looking to purely promote themselves. Randomly following people is a tactic used on Twitter, and anyone who tells you to follow this advice has no idea what they’re talking about. Whenever a user goes to follow another user on any social networking platform, they see how many people you follow and how many people follow you. When they see that you follow a ton of people and that only a few people follow you, you’re automatically earmarked as a spammer and they will be less likely to start following your boards.

On the other hand, if they see that you have only followed a select few quality pinners, but that you have a large number of followers, they will be much more inclined to follow one or all of your boards. Remember the last tip I talked about: re-pin pictures from other users. This is a simple way to get more followers without seeming like a spammer.

Let’s be honest – all bloggers know that it is easy to be lost in the never-ending space of the internet. Nobody will follow you, and you won’t get any referrals from Pinterest if you don’t tell your readers that you’re using it!  Just as you have a Facebook Like button on your sidebar and a “Follow Me On Twitter” icon, you should add a Pinterest button. If you really want to take advantage of the traffic that you could attract from Pinterest, you need to give your readers a chance to help you out.