China is well-known for its strict internet censorship laws and regulations that restrict people’s freedom online. However, as it’s worth billions of dollars, China’s lucrative market attracts numerous US corporations, including Google. According to The Intercept, Google is planning to launch a research app that will allow users in China to browse the internet securely.

The new search app would block sensitive content to comply with the government’s internet censorship regulations. Until Google returns to China, users will have to rely on VPNs (Virtual Private Networks) to be able to access the search app. Internet users in Asia are no strangers to cybersecurity tools though, as the demand for VPNs and Password Managers has increased dramatically over the last year

China’s authorities already displayed their dissatisfaction with Google’s services in the past couple of years. This will not be Google’s first attempt at joining the market in China. The corporation launched a search engine in the Chinese language back in 2006 and called it Google.cn. The 2006 version of the search engine complied with Beijing’s censorship laws, but it was opposite to everything Google represented and still represents to this day.

As it is widely known, Google advocates absolute internet freedom that is in complete contrast to China’s internet censorship laws. Therefore, it’s easy to understand why  Google decided to pull the search engine back from China’s market despite it becoming one of the leading search apps in the area. The Chinese authorities didn’t fully approve of Google.cn because the search app notified users when the content they searched for was censored. This lets the users know when they were denied access to certain types of information.

Fast forward to 2010, Google suffered from a series of cybersecurity attacks. The corporation blamed Chinese hackers for compromising their data and accounts because Google was taking over the search market, leaving Chinese rivals out of business. After Beijing refused to cooperate on the case, a political fight sparked up between China and Washington. In less than three months, Google decided to retreat from China’s market, which was a hard blow to many businesses who relied on their services.

Will Google Return to China?

The question that remains unanswered is whether Google is going to return to China any time soon. If we take a look at it from a business perspective, it would be extremely profitable for the corporation to return to a market worth billions of dollars. Wired stated that Google’s CEO Sundar Pichai confirmed that they were in the process of testing a new censored search engine that would target China’s market. However, whether this will happen or not depends on many factors. It is inevitable for Google to look past their internet freedom values if they want to win approval from the Chinese government. As of now, Google’s return to China seems unlikely because of Trump’s recent tariffs on Chinese goods, as there are plenty of political factors that play a role in the story.

Furthermore, even if Google does return to China, its algorithms will have to get to know a whole new type of consumer. Chinese rivals will hold the advantage of knowing the market inside out, whereas Google would have to start from scratch. However, Pichai confirmed that Google would be able to win over Chinese users by enabling them to browse more reliable information compared to data provided by other search engines.

How to Access Google in China Using a VPN?

Google, along with all its services such as Gmail and Youtube, has been blocked from China since 2011. However, it is still possible to access Google during your business or leisure trip to China. The first step is to access the internet via WiFi. There are plenty of public WiFi spots in China that allow users to connect to the internet. In case there are no hotspots nearby, users can purchase a local SIM card or rent a Chinese phone to connect to the internet. Using international roaming is another option, even though it is more expensive than using a SIM card or renting a phone.

Once the device is connected to the internet, purchase a VPN service to encrypt your data. A VPN will keep the device secure while connected to public networks, as well as allow users to access Google services by connecting to servers outside China.  You can connect to a VPN in Australia, if you want to, and still have rather good speeds because of its location. It’s worth mentioning that VPN services are very flexible and can be used on a variety of devices from mobile phones and tablets to laptops and PCs.

We are yet left to see how things will play out when it comes to Google’s plans to return to the Chinese market. According to Andy Tian, the CEO of Asia Innovations who used to work for Google when its first Chinese search engine was launched, there are no doubts that Google would dominate the Chinese market. If the Google search app returns to China, Chinese search engines will likely be left behind.

However, Google is still not available in China, which means users have to use a VPN to access the corporation’s services. Luckily, doing this is very simple and allows users to protect their device while accessing restricted content. 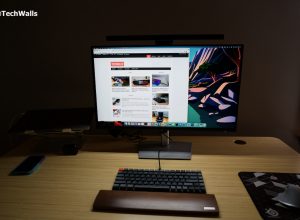 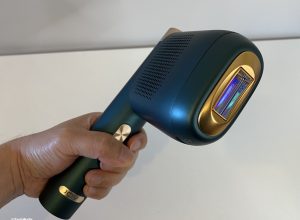 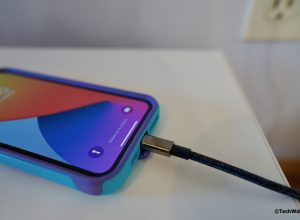