Search giant Google is edging in the virtual reality race, with tens of developers led by Clay Bavor and Jeremy Doig working on a version of the Android operating system for VR applications, no matter the insignificant number of such devices in the market at present.

Google’s rumored plan (because it declined to give a statement on the report) comes after Facebook recently acquired Oculus VR for $2 billion. Oculus operates like Apple; it builds both the hardware and software of its virtual reality product to enable an organic integration. Facebook pins the future of the computing platform on virtual reality, and CEO Mark Zuckerberg believes Oculus is poised to be the dominant platform for various applications, from gaming to virtual offices. 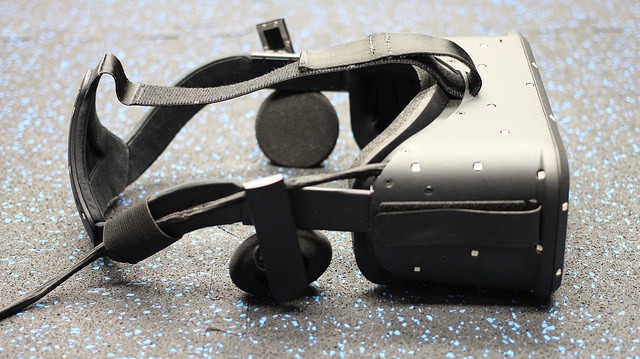 Shortly after Facebook’s acquisition of Oculus, many large players in the technology sector jumped on the bandwagon. Microsoft announced that it was developing its own virtual reality device, the HoloLens, which displays images to real-world environment. Also, Sony came up with Project Morpheus, its proprietary headshot designed specifically for virtual reality.

Given the facts above, it appears there is already a growing competition for a technology that has yet to find a huge market to make sure it won’t disappear just like the other technologies that started with a bang but ended with a whimper.

The question for Google now is how the company would differentiate its approach toward virtual reality in the face of such competition. In the same way that Google offers Android for free to the mobile community, the Android for virtual reality applications will be available as an open source software to VR developers and OEMs.

However, there’s a dubious chance for Android to reap the same scale of market acceptance in VR inasmuch as there is only a small market for VR applications at present. In other words, the technology is still in a developmental stage.

Google also tried to catapult the Android into the wearable ecosystem, only to receive cold treatment from consumers. The problem lies primarily in the fact that many consider Android for smart watches, in particular, a duplicate function of mobile devices running the OS.

Well, this helps to explain why Google invested a huge sum in Magic Leap last year. The startup company builds an eyeglasses-like device that works to project computer-generated images onto a real-life setting. Also last summer, Google introduced the Cardboard, a low tech viewer used to view virtual reality. It is outfitted with two lenses, two magnets, and rubber band, and works to render three-dimensional images from any Android smartphone.