Google is a company with many innovative ideas. Currently, the company is working on so many ideas at the same time and yet introduced another new project known as Google Project Tango. If you are not aware of Project Tango, it is an experimental smartphone from Google that can do 3D mapping with the help of four cameras present on the phone.

The cameras that are used on the phone are: 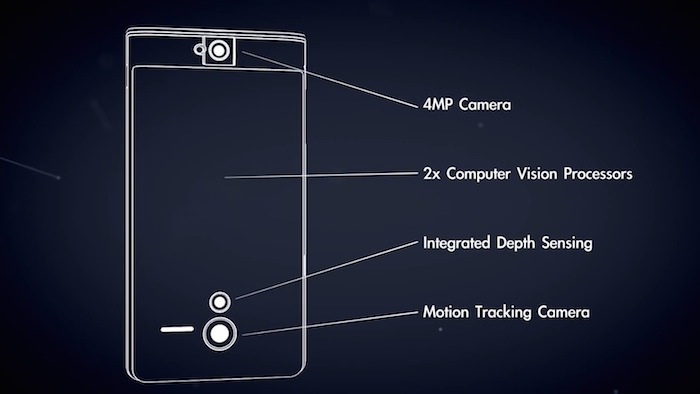 All of the following cameras present on the tango phone will help creating a 3D map with the help of the processor inside the phone. Google maps have already covered everything but the aim of Google Project Tango is to map the insides of a building so that Google can further improve their Google Maps by providing a more detailed view from inside of a building.

Google has already started providing developers with the prototype version of their tango smartphones and some of them have even uploaded some videos on YouTube  showing how the cameras works and how they can create a 3D map of your surroundings.

NASA is also planning to use it as they demoed it in the Silicon Valley. Tango smartphone was attached on a robot known as Sphere which is made by NASA. Spheres Manager at NASA named Andres Martinez said, “We are researching how effective Project Tango’s vision-based navigation capabilities are for performing localization and navigation of a mobile free flyer on ISS“.

He continued saying that they are testing how well Google Project Tango performs when it comes to 3D mapping which will help the spheres create a 3D image of their surrounding environment.

This is just the beginning and soon there will be a lot more use of Project Tango as Google just started offering prototypes to some developers and it won’t be long before they come up with more ways to use Google Project Tango.