The 3rd generation of Google smartphone codenamed Google Nexus Prime is one of the most anticipated devices of the year. The Google phone is often released at the end of the year, however, the Nexus Prime would be available much sooner in October this year.

The reason for the early release is probably Google wants to compete fairly with iPhone 5 which will be released at the same time. They definitely don’t want to lose more market share to Apple like they did in previous years. Samsung will continue to be the manufacturer of Nexus Prime and they will equip it with the biggest and highest quality touch screen, the 4.5 inch Super AMOLED HD display with 1280 x 768 pixel resolution and a PenTile layout.

Another feature of the Google phone that is attracting people is its OS, this will be the first device coming with Android 4.0 Ice Cream Sandwich, the blended OS bridging the gap between smartphone and tablet. This is a great plus of Nexus Prime as we have seen how the rapid fragmentation is affecting Android. Nexus Prime will be powered by a 1.5GHz dual-core processor, 1GB RAM and a PowerVR SGX540 GPU which makes it the most powerful smartphone on the market. 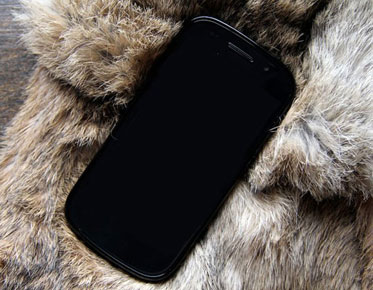 It also sports a rear 5-megapixel camera with LED flash which is similar to the Nexus S and the front-facing camera is upgraded to 2 megapixels. Detailed tech specs of Google Nexus Prime haven’t been announced yet, however, according to the information, we can expect an interesting competition between Nexus Prime and iPhone 5 at the end of this year.