Samsung and Google were expected to showcase their new smartphone Nexus Prime at Mobile Unpacked Event – CTIA 2011 on October 11. Unfortunately, the announcement has been delayed as Samsung stated that this is not the right time to announce the new product. However, consumers don’t have to worry because there is a leaked hands-on video of Samsung Galaxy Nexus running the newest Google Android Ice Cream Sandwich, so we are sure that the handset will be introduced very soon.

The video comes from Mobilissimo, they also published some images of the new device. It will be called Samsung Galaxy Nexus or Google Nexus Prime like we all know. The phone is much anticipated because it is the 3rd generation of Google phone and it will run on Android Ice Cream Sandwich, the OS for both tablet and smartphone. 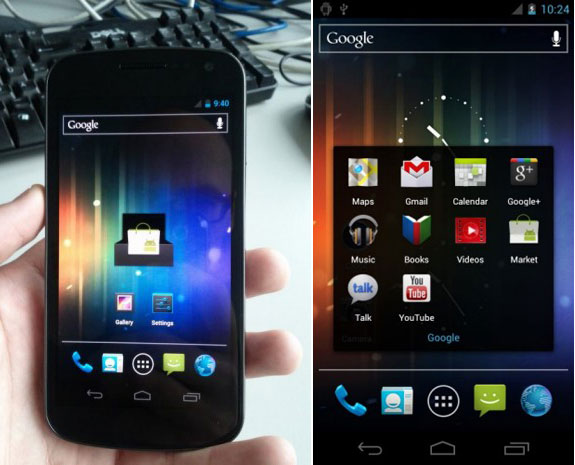 As this is the product from Google, it will run on pure Android version, so you shouldn’t expect any third-party UI, modifications and Samsung TouchWiz on this device. Check out the first video of Samsung Galaxy Nexus:

Samsung Galaxy Nexus is being revealed at the right time, just a few days after the iPhone 4S’ disappointing announcement. There will be no better chance for the Nexus to take the place of the best smartphone of the year with its great design and tech specs. What’s your choice, iPhone 4S or Samsung Galaxy Nexus?