There is another familiar product development from Google that’s likely going to intrude upon the privacy of its users who will be forced to swallow it down their throat whether they like it or not.

The search giant introduced last week an integration of Gmail and Google+ contacts that will be appearing in your accounts over the next few days as Google further assimilates its social network with the rest of its services – to the annoyance of most users. In November, for instance, YouTube’s own comment system was replaced with that of Google+ as a default commenting platform. That means users won’t be able to post comments without first signing up for Google’s social network. And you’ll have to use Google+ more often than you did previously.

Well, that’s not likely to stop at YouTube alone. The new Gmail and Google+ feature will be an extension to your woes from previous consolidation of Google services. When you receive a Google notification email saying you can start using the new service, you’ll find at the bottom of your Gmail contacts in the recipient field a list of your Google+ Circles (real and virtual friends).

A Boon for Spammers

Although the email address of your Circles won’t be displayed, it bodes well for the proliferation of nasty spam activities when a total stranger adds you to his Circle. 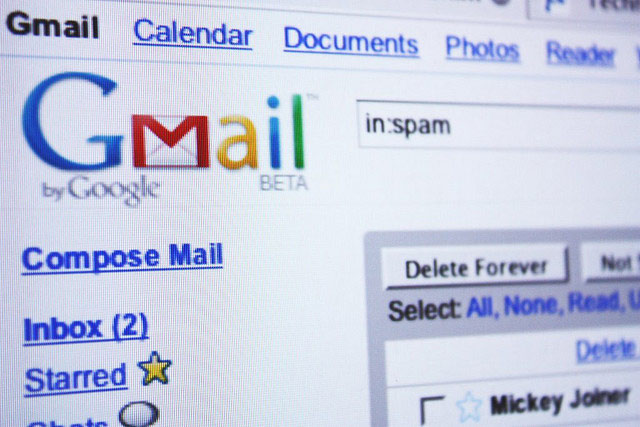 It is even hard not to expect a deluge of unsolicited and unknown messages, thanks to Gmail’s newly-minted Categories tab bar. E-mails coming from Google+ users, regardless of whether you know them or not, will automatically reach your Primary Inbox category, increasing the probability of receiving spam messages most of the time.

It certainly sounds familiar.  No, not the spam problems, though there is that too. Syncing contacts of your social media and email accounts, including Microsoft Outlook and Gmail, has been rolled previously by LinkedIn. But unlike the Gmail and Google+ syncing, LinkedIn’s service is not forcibly implemented. The decision to activate the feature is completely up to the user.

So you would want to know how to get rid of Google’s new autocratic service hiding under the cloak of enhancements. Here are a few easy steps to opt out of the service:

1. Go to Settings by clicking on the gear icon on the top right side of Gmail’s home screen.

2. On the General tab look for the “E-mail via Google+” option below.

3. From the dropdown dialog box choose a privacy setting: Anyone on Google+, Extended Circles, Circles or No One and click “Save Changes” at the bottom.