Recently, rumors were floating around that Samsung is planning to introduce the next generation display in the upcoming Galaxy Note 3 smartphone. Today, we have received news from a site that Samsung plans to use the Plastic OLED Display technology for its next Samsung Galaxy Note 3.

Earlier this month, Samsung stressed on improving the build quality of their smartphones and this news reflects the exact nature of what Samsung intends to do. 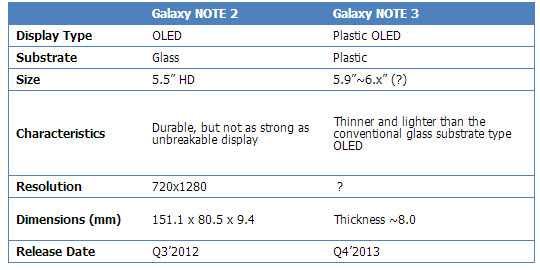 Features of the Plastic OLED Display

Well, one thing for sure, this is a plastic display and not the conventional glass display. Being plastic means that it will weigh less which, in return, will make the device even lighter.

The Plastic OLED display, otherwise called UBP OLED is a polarized surface encaped with thin film of organic matierials like PI is roughly 1/3rd in size of the standard OLED display and is about 1/6th the total size of an LCD.

The less thickness of the plastic OLED also also gives more room for the battery so that if Samsung wants to increase the battery timing for Galaxy Note 3, they can do it by utilizing the extra space available.

Samsung is already at the top spot in the android market shares and introducing this type of quality and that too for the very first time, will really help them in making some extra grands as people will love to try out the new plastic OLED technology. 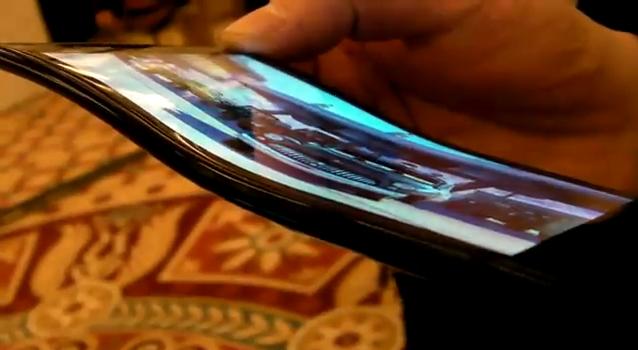 What do you think about the new Plastic OLED display? Do you think that Samsung would take the initiative to use this technology in their Galaxy Note 3? Leave us comments down below and share your views with us.