Shells. No, not the ones on the beach. Graphic user interface shells. Look at your iPhone or your Android’s interface. That’s precisely what a shell is. The lack of a desktop, and the complete opposite of a command line. It’s the next logical step in computer GUI, but what does it matter?

Long before even Windows 95, there was the command line. MS-Dos is a perfect example. A command prompt on steroids. There was no start menu, wallpaper, screensaver, or nearly anything reminiscent of a modern operating system.

Here’s an analogy for you: the command line is to the desktop what the Ford Model T is to the Ford Mustang Cobra. The Model T was the first mass produced car that was affordable. The cruise control was a rod that you pushed onto the accelerator. There was no air conditioner or heater. No radio. Top speed was about thirty miles per hour, the Mustang Cobra. Well, I’m sure you know the difference.

The command line is the bare-bones version of an operating system.

The Birth of an Era 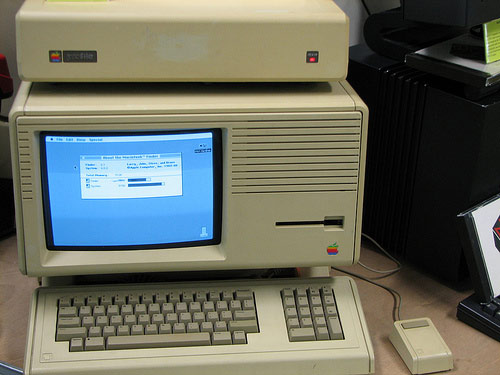 In the beginning of computers, there was no “desktop.” No one even thought of an interface for the user to interact with. Icons and cursors weren’t even ideas yet. Then Apple came to the scene, and with the help of Steve Jobs, created a the first true UI for computers with the Apple Lisa. (Note: Xerox made a product named the “Alto”, but was a commercial failure and is not usually referred to as the first due to its failure.) It was a wild success. Suddenly, all personal computers had UI’s. Users no longer had to memorize hundreds of commands or file addresses. Point and click was here.

We’ve been in this era of computers for almost two decades. Computers are hard to look at without thinking of the desktop. Desktops changed the entire look of computers. Applications had UIs,  instead of just text. Desktops have literally changed the game. It was a huge leap forward to go from typing everything, reading multiple lines of type, and memorizing the different options and commands.

If you wanted to open a word processor, you would have to type two or three commands before you would even begin to type your document. Now, it’s just a few clicks.

Onward, to the Future 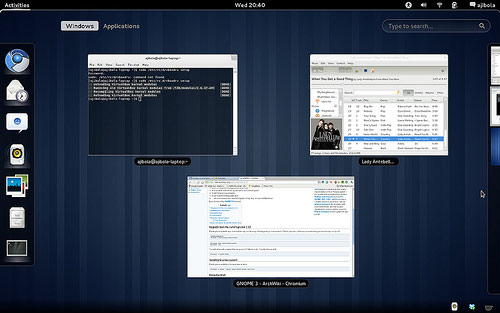 The easiest way to identify a shell is to try to imagine the screen as a touch screen. If it would be easily manipulated with touch, then it’s most likely a shell. There is usually no place to put files or folders on the desktop. The applications are all in front of you in a very user-friendly way. The new Windows 8 features a shell (notice how easily it would be to manipulate it with touch). There is still a desktop, but it’s no longer the default view. Mac OS X Lion is even moving towards a more “iOS-like” view. Linux, too, is moving the same direction.

So what does it mean for the regular user? Well it will definitely make computer more user friendly. Larger buttons and clearly defined uses will save time and frustration for the learning curve of a new computer. The look will be more polished and organized, instead of files strewn across the desktop. Everything will have it’s place and will be easily seen.

However, operating systems will get even more closed and I have a feeling that there will be less customization. With desktops, it’s easy to change them and bend them to your will. With shells, the design is basically fixed. Unless the shell is completely demolished, there won’t be much wiggle room. But, the average user won’t notice that. It’s mainly an issue for the tinkerer.

All in all, it’s just another step forward in computers. When the first desktop came out, there were naysayers, and this time will be no exception. In five years, I’m sure, we will all be used to shells and it will be nostalgic to put files on your desktop.