If Facebook hasn’t been anything to you but a junkyard of spammy posts and boring contents lately, you can at least hope to see some changes soon.

The social networking site has vowed to change its news feed algorithm in a move to eliminate spammy posts, bust like-hungry photos and prevent contents from appearing twice on the homepage of users. In other words, it’s spring cleaning time again at Menlo Park.

Previously gathered feedback from Facebook users have been taken into account in implementing the News Feed revamp. 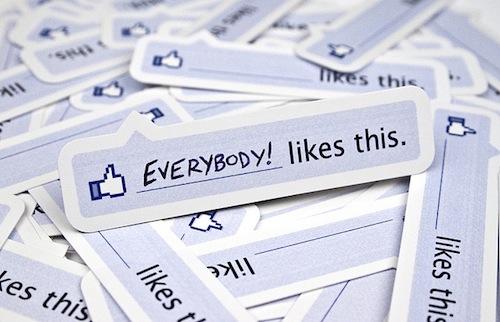 “The goal of News Feed is to deliver the right content to the right people at the right time so they don’t miss the stories that are important and relevant to them.”

Facebook, unlike email, does not have a folder at the receiving end of spam messages. All those trashy posts get directly into your feed, probably engulfing your most important message delivery. So the news on the News Feed alteration is a welcome development.

The social media giant specifically aims to minimize at all cost contents that have been reported as spam, unwanted by users. Marketers work their way around the News Feed algorithm to generate thousands of likes and, thus, increase their presence in the social network, even displaying their posts to users that are not following them.

Like-baiting goes beyond the likes. Some are even luring users into commenting or sharing the posts to expand their distribution channel, sort of free advertising. In turn, the unsuspecting users become innocent agents or marketers of the spammy Page, showing the uncalled-for content to as many friends as their network can reach.

Most of the like-baiting stories are irrelevant to the what it originally shows on photos. For example, you are shown a photo of Flight MH370 as having landed on the Bermuda Triangle, but clicking on the link leads you to a page that has completely nothing to do with the missing Boeing plane. Death hoax of famous Hollywood celebrities is another example of these spammy posts. In the process, users develop a growing distaste for Facebook.

Some people also complain about videos, photos and other posts that get shown on their News Feed more than twice. Facebook promises to play down these kinds of posts in order to give users a better experience.

The move is seen by many analysts as having an adverse effect to marketers, or Pages. But Facebook is hypothetically saying otherwise. So this is forcing Mark Zuckerberg to make the compromise between business customers, which are struggling to highlight their presence in social media, and individual users, who are becoming more and more displeased by what they see on their News Feed.