Patent Bolt has shared some telling images showing that Facebook has been working on a hardware for a smartphone it plans to launch at a date only Zuckerberg knows when. The patent was filed in 2011, so the prototype might well have morphed into the final stages of development, we can only guess.

As Facebook may well already know, the smartphone market has continuously evolved and those that can’t keep up with the game are bound to slip away in the end. It appears, therefore, that the planned smartphone takes on a radical spin in its design so as not to be labeled under the copy-cat category.

We have seen Facebook trying to bring out a proprietary smartphone in the past couple of years in an attempt to transform the business from a mere social platform into a device maker. But that effort won’t come with light coziness, as has been exemplified by smaller players in that sector which tried to rival Apple and Samsung – the two giants – only to succumb to a saturated field in the end.

It has been reported many times in 2010, 2011 and 2012 that the social media titan was developing its own mobile phone, but the reports ended up with being branded gossips: no Facebook phone emerged ever. Or perhaps the plan had constantly been thwarted by the difficulty with which Facebook engineers were going through those times, finding themselves in an entirely alien niche that has been hostile to the combination of hardware and software in one enterprise. 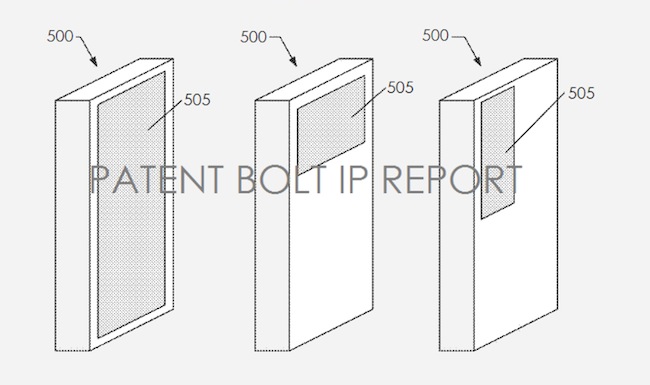 But what will make the Facebook smartphone stand out in a saturated market? The patent figures show that the device will sport a touch pad mounted on the side. There is also another version of the device featuring a button and a wide touch pad on the back of the phone. How will it work? The rear touch pad might work for ergonomic purposes: allowing users to navigate the screen by tapping on the back.

The phone is also reportedly designed to leverage a gesture recognition technology to automate commands depending on the hand gestures on the back touch pad.

It can be recalled, however, that Mark Zuckerberg said last year with presumable finality that Facebook is never entering the smartphone sector. The question was raised at that time when Facebook Home was unveiled, sparking conjectures that the social networking site is finally clashing with Apple, Samsung, HTC, LG, Sony and other phone makers.

This time, he might be forced to recant his statement and just offer a submissive acknowledgement to the fact that the technology industry is indeed unpredictable.