As you may have heard, Facebook went public on Friday. This is a confusing subject for many individuals not accustomed to the stock market. All of these terms, from “IPO” to “going public” seem foreign to many of these individuals. However, that’s no problem. Today, we will take a look at what all of these terms mean, how does this affect Facebook, and finally how does the Facebook IPO affect you. Hopefully by the end of this article, you’ll go from not knowing what a share is to wanting to purchase your own share of Facebook!

So, to start, let’s take a look at some common stock lingo so you can be in the know during the course of this article and the Facebook stock roller coaster.

Stock: Stock is the company selling ownership of their company.

Shares: A person/company’s portion of ownership in another company.

Public vs. Private Companies: Public simply means that anyone with the right amount of money can own shares in a company (stock). Private companies are those, not necessarily where no one but the founder owns it, but more of the fact that only those who are approached by the company can own a portion. In the case of Facebook, only employees owned stock in Facebook before it went public. Once this occurred, the employees were able to sell their shares, which made them “overnight millionaires” as the media likes to say.

IPO: “Initial Public Offering” – once the company has enough grounding, it will offer up an IPO to potentially become public. This will be the starting price of the stock shares. From there, if the price increases at a steady rate, it will be successful. In Facebook’s case, the $38 was considered too high of an IPO, not allowing it to have any growing room for the future. 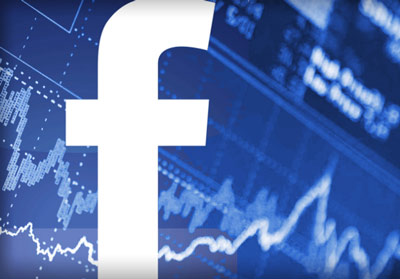 For Facebook as a company, the IPO allowed the company to boost revenue to $16 Billion. However, due to the unsuccessful pricing choice, the second day of trading made revenue decrease. In terms of control, Mark Zuckerberg owns 28% of the stock, 56% in terms of company control in decisions. The rest goes to Facebook employees who still own stock, investors, and individuals like you and I.

In terms of employees, let’s just say they are benefiting well from the IPO. As mentioned before, when Facebook or any company is private, employees and the owner, along with the company’s choice of investors, own their share of Facebook stock. Once public, they have the choice to keep their stock or sell it. In this case, many employees, known as newly minted millionaires, really mostly may have millions of dollars worth of shares. Many reports are stating that the average Facebook employee has $2.9 Million dollars in stock.

If you’ve been following the news, you may have also heard about the whole Bono issue. One thing to put straight is that Bono isn’t necessarily a billionaire from the Facebook IPO. The fiasco generated when Bono, with an investment company, invested with the help of other organizations, in the social media company. When Facebook reached the IPO day, Bono and the company who were early investors, were able to see their investment increase.

Now with many of the investments valued at such a high return, the money that is reported to own all to Bono is really that of the company and the charitable organizations that worked with him to invest. All in all, the money isn’t Bono’s. He stated “[they] invest other people’s money, endowments, pension funds”. So while Bono isn’t worth billions from Facebook, he will still earn close to $180 Million, due to the fact that Bono did invest his money as well.

Contrary to some reports, Zuckerberg has said that company culture will not change due to Facebook becoming public. You will not see ads popping up, sliding down, or targeting you before you click “Post”. Zuckerberg knows this will only temporarily increase revenue, due to the fact that more ads turns off users. Instead of more ads, we believe the ads already there will just be better tailored for you. However, with more funds and after the Hackathon Facebook hosted on the Thursday before IPO day, we should expect more features and additions to Facebook. Additionally, Facebook understands that nothing lasts forever, especially a social media website. Facebook will use this knowledge to think of other services and sites that could become the next Facebook for the future to come.

Buy or Wait It Out?

To answer this question, I must say you must do as I say and not as I do. In terms of Facebook, I highly recommend holding off on a purchase. I’ve purchased Facebook shares and wish to keep them and see how the markets react over the next couple of months. However, if you are in the same position as I, and you own Facebook shares, it wouldn’t be a bad idea to sell them for the time being. In the end, you can always get them later at a lower price once projections signal a potential increase over time. The first day, on Friday, as well as Monday the 23rd, and Tuesday the 24th, the stock didn’t do so well. While Wednesday’s activity was better, it didn’t make up for the choppy first few days. With possible reports and lawsuits for the companies that put forward the stock, with accusations of not disclosing predictions that the stock wouldn’t be at the level investors hoped, Facebook will be in the news more in the near future. How will these affects Facebook stock? We must wait and see.