Microsoft has kept their promise about the release of Windows 8 Release Preview in the first week of June. The new version has officially been available and we can download it now.

Microsoft distributed the Windows 8 Consumer Preview in March and received many positive feedback from users. The new Windows 8 Release Preview has much improved interface, added some new apps such as Metro Sports, Travel, News. The boot screen, cursor, background, Aero and many others are also improved. Specifically, Flash has been power-optimized and integrated into Internet Explorer 10. We can also get more choice and control over privacy on this browser as it features Do Not Track by default.

You can download and try the Release Preview here. If you install from disk or USB, you will need to enter this product key: TK8TP-9JN6P-7X7WW-RFFTV-B7QPF. Windows 8’s minimum requirements are the same as Windows 7’s, check them out: 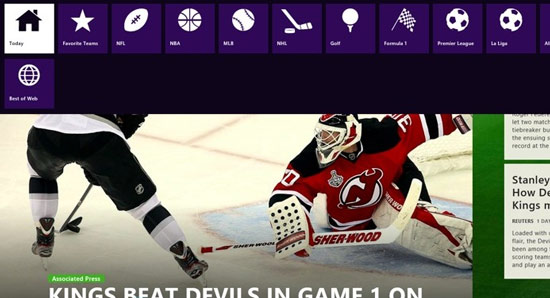 Apart from the release, Microsoft revealed another important information, the plan to upgrade from Windows 7 to Windows 8. The Windows Upgrade Offer will be rolled out starting June 2 in 131 markets. Consumers who buy Windows 7-based PCs after this day will be able to get upgraded to Windows 8 Pro for just $14.99. The promotion will end on January 31, 2013. For consumers that bought Windows 7 PCs before June 2012, Microsoft will announce other offers in coming months.

The good news is that the upgrade is not limited to corresponding editions. In the past, we could just upgrade from Windows Vista Home Premium to corresponding Windows 7 Home Premium, but now any version of Windows 7 will be upgraded to Windows 8 Pro. This is the first time Microsoft offers upgrade to a higher version.

Try Windows 8 Release Preview and let me know your experience with it.